Cutler and Gross Coming To SoHo 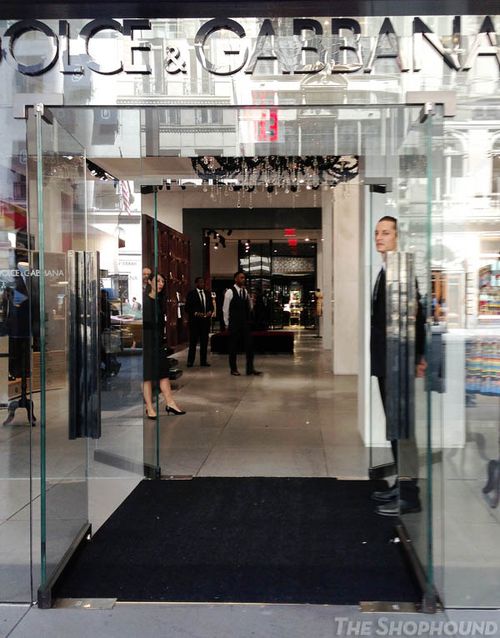 Over the weekend, Dolce & Gabbana quietly joined the Fifth Avenue Brand Palace club when the label's latest flagship finally opened its doors right next door to Giorgio Armani's own splashy showplace. Though the storefront is partially obscured at the moment by some particularly large scaffolding, it is, as we expected, mostly glass allowing for tall window displays. Inside, the general ambiance is grand with the pristine white marble we saw earlier this month covering the walls in sleek slabs. If the Madison Avenue boutique (currently undergoing its own renovation —again) is intimate and residential feeling, then this location is meant to be monumental with three spacious and lavishly appointed floors which should be just enough to hold the huge amount of merchandise produced by the label. Naturally, the place is swarming with super-cordial and eagerly helpful staff,which is to be expected after such a high-profile opening. We were only able to sneak a few quick shots, but visitors will find a mélange of the designers' interior signatures like huge tufted velvet ottomans, oversized mirrors with gilded rococo frames, enormous Venetian glass chandeliers and the occasional scroll-patterned damask wall panel. Downstairs, the men's floor (pictured below) is more clublike with wood parquet floors replacing the stone and giant steamer trunk-style fixtures, articulating the brand's unmistakable mix of the classically opulent with the sleekly modern.

Dolce & Gabbana's arrival on Fifth Avenue boosts Fifth Avenue's ipmortance as a showplace for European luxury labels, which makes us wonder when more American designers (Ralph Lauren?) will step up with their own, full Fifth Avenue flagships? (and, no we aren't counting Juicy Couture) 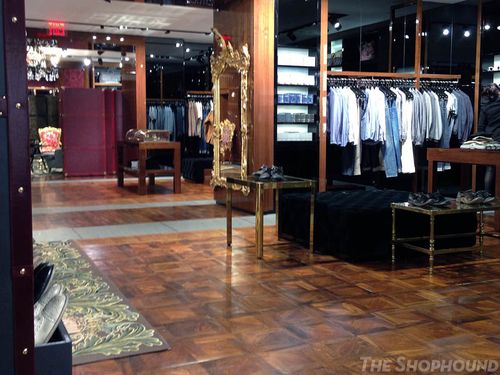