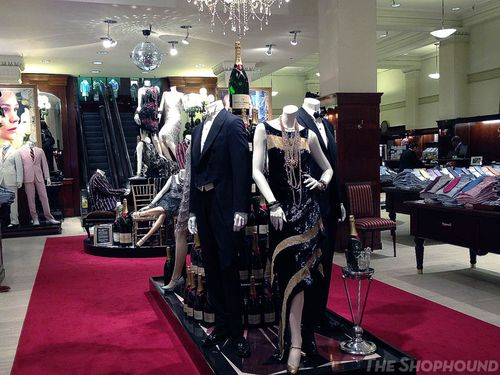 In case you haven't turned on your TV for the past month, Baz Luhrmann's upcoming movie adaptation of "The Great Gatsby" is being marketed like it's the next big Superhero movie. We haven't seen any Daisy or Gatsby action figures yet, but we wouldn't be surprised to see them before May 10 when the movie opens. Instead, however there are any number of other marketing initiatives under way including one at Brooks Brothers, a retailer not known for jumping on the promotional bandwagon. In this case, the collaboration is actually a natural no-brainer. Author F. Scott Fitzgerald often mentioned the store in his work, and worked with the film adaptation's costume designer Catherine Martin to produce all of the men's wardrobe for the film, which included literally hundreds of costumes, many of them re-created from the store's archives. To celebrate (and promote) the movie, Brooks Brothers and Martin have launched The Gatsby Collection, a capsule menswear line inspired by the film's style which is available in select locations and online. While the club collar shirts and deco-jacquard ties say Jazz Age, the slimmed down clothing silhouettes are decidedly contemporary, so customers and fans won't be walking around town looking quite like film extras. The chain's Madison Avenue flagship has presented it in its own shop on the main floor along with a special viewing area to watch the films trailer, In fact, the whole floor has been given a glitzy dose of deco including a mirrorball and a display of some of the film's actual costumes. Stop by the store over the next few weeks to see some appropriately lavish outfits including some glittery women's costumes that, may not be totally period-correct, but are impressively evocative and amusingly sparkly nonetheless.

This isn't the only retail initiative you'll see concerning the movie. Our friends at Racked discovered the ornately detailed Gatsby windows at Tiffany & Co. which also has worked with Luhrmann and Martin on the film and a collection of jewelry it inspired. Fogal hosiery, MAC Cosmetics, Moët & Chandon and even the Plaza Hotel are also collaborating to promote the movie. Whether it's a hit or not will up to ticket buyers, but it looks like the Roaring 20s will be all over the city until it opens.

Have a look at Brooks Brothers' Gatsby Collection HERE, and click through our gallery below to get a look at the installations in the Madison Avenue store. 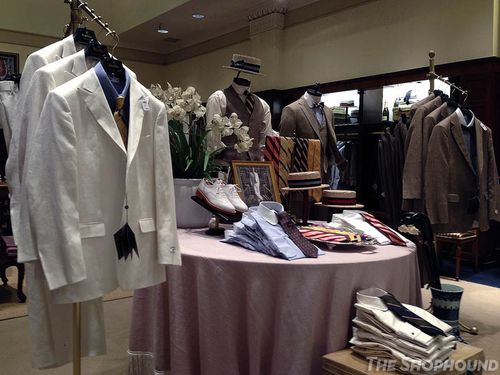