A Preview Inside The Finished Saint Laurent Boutique In SoHo 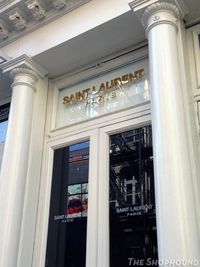 It doesn't officially open until Tuesday when the window coverings will come down, but The Shophound got inside the long-awaited and much-discussed Saint Laurent boutique in SoHo over the weekend, and whatever anyone might think about the Hedi Slimane version of the brand, we can confidently say that it is one fabulous boutique.

While we would love our readers to be under the impression that we were specially invited for a preview, the store actually had a "soft" opening over the weekend (while it awaited "full, final approval", we were told), and though the windows were still covered, a doorman was happily admitting pretty much any schmo who wanted to come inside. And also us. Here's what we learned:

Unfortunately, it wasn't possible for us to get any sneaky photos of the new store. We added the images below from the YSL website to show a basic idea of the store's design elements, but they are from a different boutique. Photos will be taken in the next few days, and we will be sure to link to them as soon as they show up on line. We are guessing that, with this store finished, an even grander revamp is likely in the works soon for the 57th Saint Laurent Street flagship, of course, "soon" is a relative term these days at Saint Laurent with any number of twists along the way. 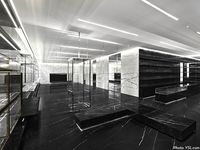 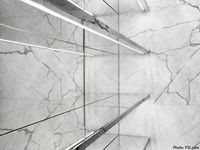 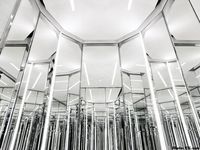