Costello Tagliapietra Gets All Sporty

A Good Case For Endless Summer At Nautica Black Sail 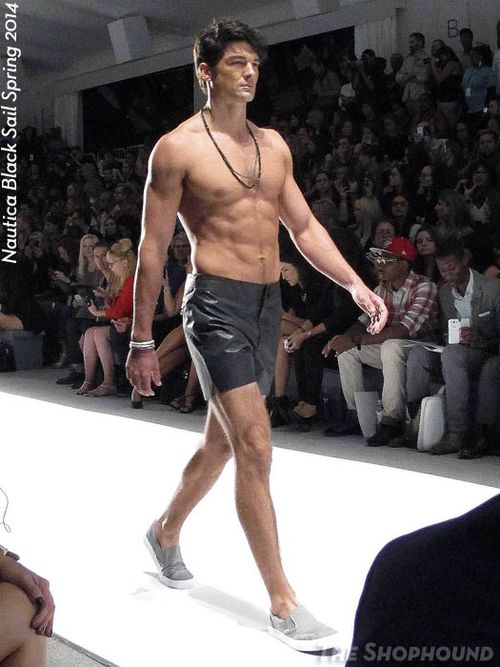 Meet Emmett.
Emmett walked the Nautica Black Sail runway three times this afternoon, but clearly the most memorable pass was this one. It brings a couple of questions to mind, the first being: Will Nautica's relatively conservative customers really go for a black leather bathing suit? The second, of course, is: Who's looking at the bathing suit?

One of the things that makes Nautica an ever-popular show during Fashion Week has always been its stellar model casting, even for Fall collections that require shirts in every look. While so many man's runway shows lately have been turned over to callow young casts who look like they are counting the minutes until they can get back on their skateboards, Nautica has always cast models who reflect their customers —or at least a highly idealized version of their customers. Take Emmett here. He looks like he knows his way around a gym, or perhaps some other fitness enhancing athletic apparatus. He can really sell that bathing suit (which is actually rubberized cotton), and he looks like he knows it. While not every model in the cast necessarily had as prodigiously developed a torso as Emmett has, they all looked like grown men who could order a drink without being carded, which is refreshing these days. As usual, the Nautica lineup included seasoned modeling veterans like Clint Mauro, Ollie Edwards and Garrett Neff, kind of like the way women's designers in the '90s used to pack the runway with supermodels. Though in seasons past, Nautica has staged static presentations, it looks like they have permanently switched to the runway, which must be a relief to the models who previously have shown the Spring collections by standing (and usually sweating) for an hour in the hot September sun on the roof of the nearby Empire Hotel.

Were there any clothes in the show?
Well, of course there were. Whole outfits in fact. This was Nautica's Black Sail collection, which is a bit more exclusive and adventurous in design than the regular line you might find in department stores. You might not find that leather-esque pair of board shorts at every Macy's, but there were also all kinds of great knits and outerwear in a subtle, washed out color palette that will eventually filter down to the brand's main assortments. Check out our gallery below to see the some of  the rest of the guys. 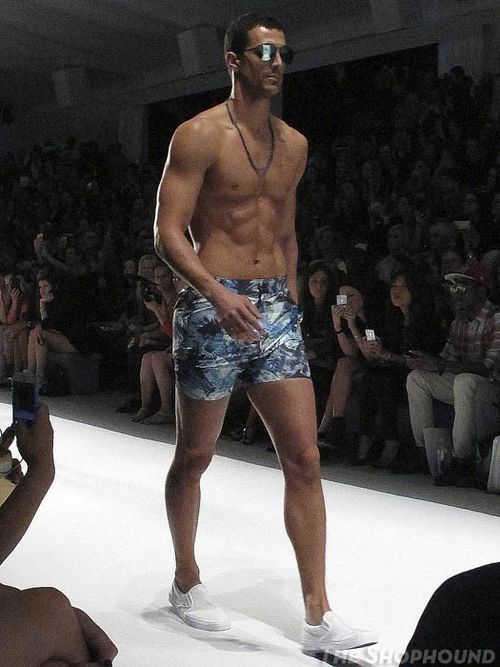