Is FAO Schwarz Planning
To Ditch The GM Building? 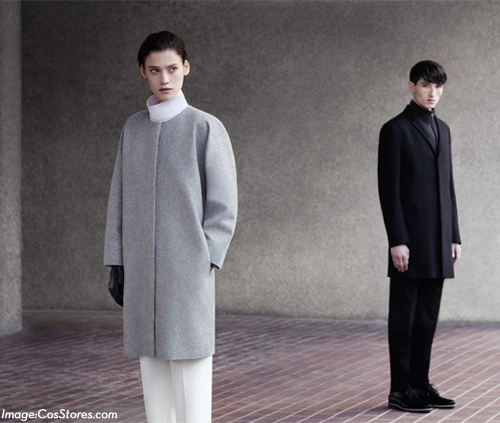 Once again showing how it is one of New York's most dynamic retailers, Opening Ceremony will be the first store in America to offer H&M's more upscale COS brand. Though the European chain is slated to debut its own flagship on Spring Street next Spring, next Friday October 11, a COS pop-up shop will introduce the label to New Yorkers in Opening Ceremony's Howard Street Store and its merchandise will also become available on the store's website.

"We see COS as a completely separate brand from H&M," cofounders of Opening Ceremony, Carol Lim and Humberto Leon, tell WWD, "COS is a fashion-industry favorite for those who often travel to London and Paris and haven’t been able to get the collection in the U.S. until now. We’re excited to share our love of this brand with our New York customers for the first time.” They compare it to the way their store sold several collections from Topshop including designer collaboration lines, for a few years before that chain finally entered the U.S. market officially with its own flagship store in New York. Coincidentally (or maybe not) the COS Pop-up will open barely a week before Opening Ceremony debuts H&M award winning designer Minju Kim's collection in association with the Swedish fast fashion giant. Should we look for more collaborations between these two fast paced though very different companies? Nobody's saying anything, but Opening Ceremony's SoHo store will definitely be the place to keep an eye on this month.