Two Balenciagas Will Arrive
On Mercer Street In One Week 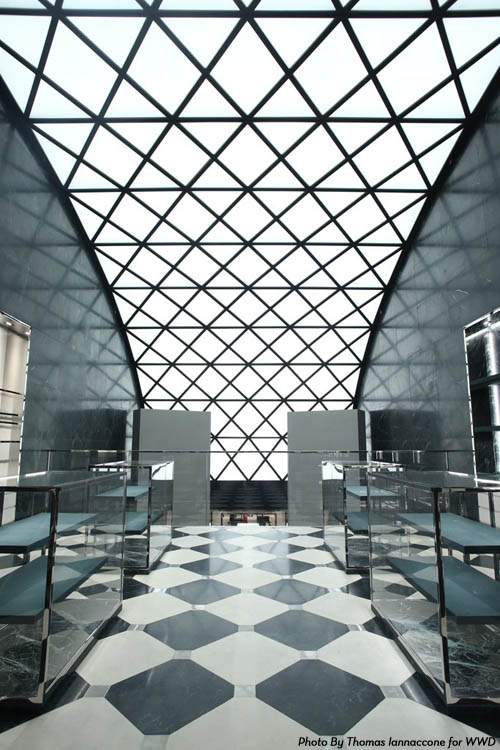 Even though the long-awaited twin Balenciaga boutiques aren't expected to arrive on Mercer Street until next Friday, the folks at WWD managed to get inside to see the dramatic, new women's store sans merchandise, and it looks like the stores will represent a major departure for the label's retail division (pictured above & below). While previous designer (and the one who can be credited with exhuming Balenciaga from near-obscurity) Nicolas Ghesquiere established a modern, futuristic ambiance for the brand's boutiques, his successor, Alexander Wang has taken a more traditional approach featuring tons (literally) of marble, and an opulent approach inspired by the house's original headquarters and majestic buildings like the Metropolitan Museum of Art. “One of the main things I wanted to convey was a sense of permanence,” He tells WWD. “I want people to walk into the store and feel like it has been there forever.” Wang again collaborated with Ryan Korban with whom he developed a very different kind of mood for his own signature boutique a few blocks away on Grand Street. The next time we see this interior, it will look a bit different with its shelves and racks stocked. Both the men's and women's store are set to open on Friday the 22nd, but if they are this finished already, we wouldn't be surprised if the dors opened a bit earlier, so keep your eyes peeled. 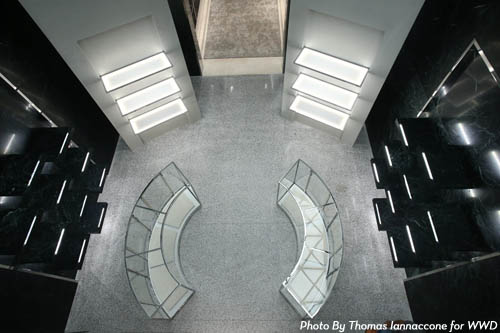