Cartier Spurs A Battle
Between Chanel And Tourneau 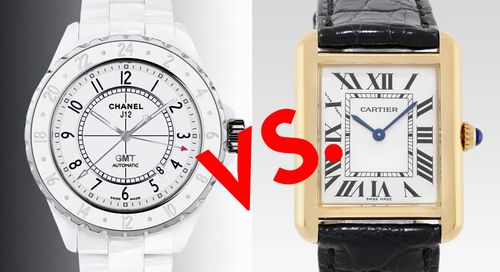 You would think that with all the luxury business in New York City, that there would be room enough for all the illustrious brands in a flagship-sized watch store, but it turns out that some brands have more clout than others, and they will wield it when it suits them. Chanel is suing the city's largest watch seller, Tourneau over a breach of contract regarding an aborted Chanel watch boutique originally installed in Tourneau's multi-level "Time Machine" flagship store on East 57th Street. According to Chanel's suit, when Cartier officials, including its CEO Stanislas Chauveau De Quercize, visited the Tourneau store earlier this year they essentially pointed to Chanel's new in-store watch boutique and said "Either that goes or we do".

In a store like Bergdorf Goodman or Saks Fifth Avenue, a vendor like Chanel might have a certain amount of authority to make demands by virtue of the huge amount of business it generates, but in the luxury watch world, things are different. Chanel's popular and widely copied white ceramic sports watches are mere niche players compared to the giants like Rolex, Omega, Patek Phillipe and, most prominently Cartier. The folks at Tourneau apparently weighed their options and decided that whatever trouble might arise with Chanel couldn't possibly be as bad as losing the Cartier business. Now, Chanel, which no longer does business with Tourneau, is suing for $15 million, and its former boutique is reportedly serving as a Christmas tree display area. Business with Cartier is, presumably, continuing as usual now that the offending brand has been removed, but what could this mean for stores like Saks or Bergdorf's which have multiple agreements with competing luxury labels with in-store shops throughout their stores? Will Dior be able to insist that a new Balenciaga shop be banished from its floor? Will Saint Laurent insist that Céline be moved elsewhere, or even out the door? While Tourneau's little watch battle may seem relatively innocuous, the ramifications might have a rippling effect throughout multi-brand luxury stores.