Marshall's To Fill The Loehmann's Void On The Upper West Side 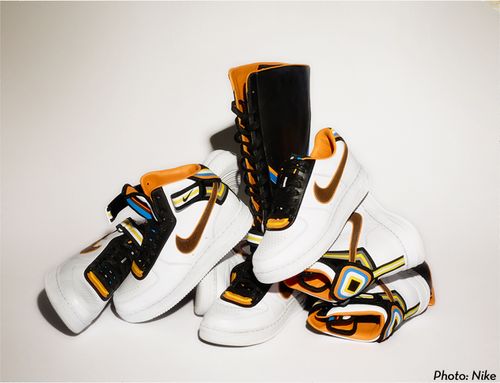 Late last week, we got our first good look at at least a bit of Givenchy designer Riccardo Tisci's collaboration with Nike. There's a glimpse of the sneakers in the February issue of Vogue, which the designer showed on his Instagram account last week on Joan Smalls who was slung over his shoulder wearing the Nike X RT AF1 Hi Boots which will retail for $225. Those are the ones in the middle of the picture above which make a soer of hybrid sneaker/boot. For those looking for more conventional footwear, there appear to be a regular hi and lo version of the sneaker which seems to be a basic Nike Air Force 1 in black and white with some colorful extra detailing. While there are other aspects to the collaboration, it's the sneakers that everyone has had their eyes out for, and the good news is both that they will fairly wearable and not over-designed as some collaborations can be (have a look at some more details below), and also that they will be relatively low-priced as designer sneakers go. If the big ones are $225, then the hi-top and lo versions will likely be well under $200. Pricey, yes, but not compared to Lanvin or Prada sneakers. There will be more previews of the rest of the line coming, to be sure, so stay tuned. 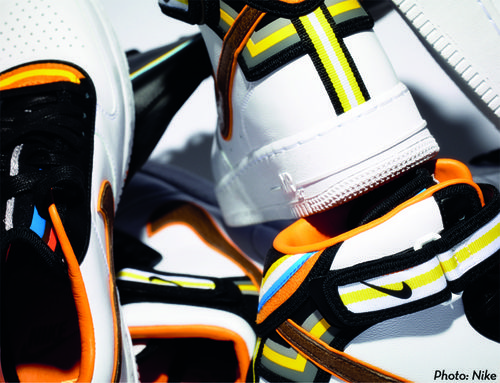 Posted at 12:15 AM in Designer Collaborations, Givenchy, Shoes | Permalink | Comments (0)