J.Mendel Cuts Through The Slush 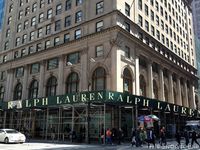 As has been widely rumored, Ralph Lauren is finally expanding his original Polo label to include women's apparel this Fall when his flagship Polo Store concept opens on Fifth Avenue. While has has offered a "Blue Label" collection for women for several years as a women's counterpart to his most broadly distributed premium men's brand, it never made a major impact at retail outside of the designer's own stores. 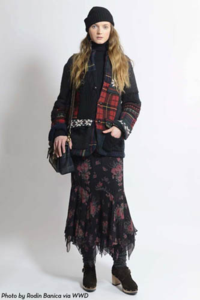 The new line will replace Blue Label, and has been tweaked to be merchandised side by side with its older brother collection. “I felt like it was time that I should explode this,” Lauren tells WWD. “I thought, ‘What am I not doing? How am I going to make this company stronger? How will I define these brands?’ It’s not about what’s expensive. The same girl that wears this will also buy Black Label and Collection. We’re giving her a diverse mood that she hasn’t seen.” Though Polo was the original label Lauren began his business with in 1967, when he introduced women's wear during the 1970s it was under the "Ralph Lauren" brand. He has never included women's products under the Polo label, 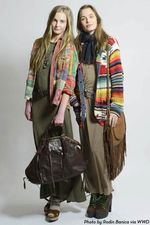 which served as his top men's brand until the late 1990s when the Purple Label collection was created to serve a high-end men's luxury market which which became disenchanted with the increasingly broad distribution of Polo.

Polo for Women is being introduced at his Fall 2014 Collection runway show this morning, and it will debut at retail when the new Polo Store opens at 711 Fifth Avenue at 55th Street. The collection's prices will mirror the men's counterpart starting at $89 for a knit top and topping out at $998 for leather leggings. The 35,000 square foot Polo Store flagship will precede many slated for the U.S. and will be the first in New York to offer a restaurant. A major rollout of the concept is planned for here and around the word including confirmed locations in Hong Kong and London and more likely to come soon.