Where Will Gant Move Its Fifth Avenue Flagship As Blancpain Moves In? 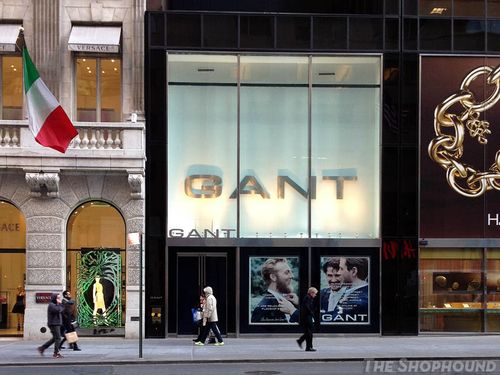 Without being too cynical, it now seems inevitable that heritage sportswear brand Gant would have had to move its Fifth Avenue flagship store at some point. The 2,500 square foot store on three levels has provided a fairly lavish showcase for the brand that has grown significantly over the past few years thanks to its younger Gant Rugger line and Gant by Michael Bastian collaboration label, but, as Fifth Avenue rents on the prized stretch between 48th and 58th Streets have soared as high as $3,000 per square foot, the Olympic Tower store nestled between Versace and H.Stern has obviously become just a bit too rich for the still evolving sportswear brand. Not surprisingly, Blancpain, the celebrated Swiss luxury watchmaker is taking over the space which Gant exited at the end of last month. Lingering window signs direct customers to the smaller Gant Rugger shops in NoLiTa, Greenwich Village, Williamsburg and Cobble Hill and promise that the flagship store is relocating, but where exactly?.

For the moment, the brand is without a single store that collects the Rugger, Bastian and main Gant collections for men and women under one roof. The company is undergoing a bit of a transition this year as the final Gant by Michael Bastian collection will ship for Fall 2014, and Rugger designer Christopher Bastin has taken over creative responsibilities for the entire Gant brand. This should mean fewer logos and a more stylish point of view for the formerly staid main collection which is finally being wholesaled to American retailers like Nordstrom this year. It seems unlikely that a suitable space will present itself on Fifth Avenue in pricey midtown, so where might Gant's new flagship land? It seems like downtown might be the direction to look in. SoHo will have a similar appeal to tourists, or perhaps the brand will venture to the Meatpacking District which is transitioning from high end designer stores to more broadly based retailers. The Flatiron district has its appeal as well, and with Banana Republic relinquishing two sizable stores there to consolidate in a former Barnes & Noble space, for example, there might be some choices in that neighborhood that could keep Gant on Fifth Avenue, just in a different section. Hopefully, there will be an announcement soon, so stay tuned. 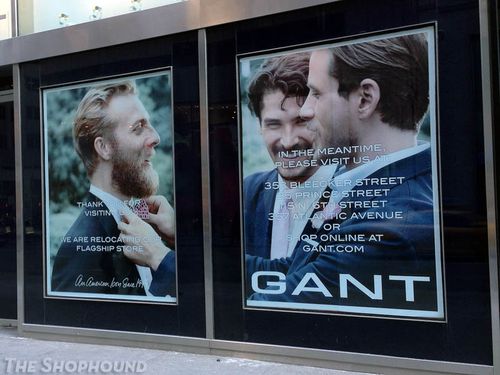