LEGO To Bring A Flagship
To The Toy Center

Rumors Now Have Saks
Heading To The Financial District

UNIQLO Has Created A Michael Bastian Boutique In The SoHo Store 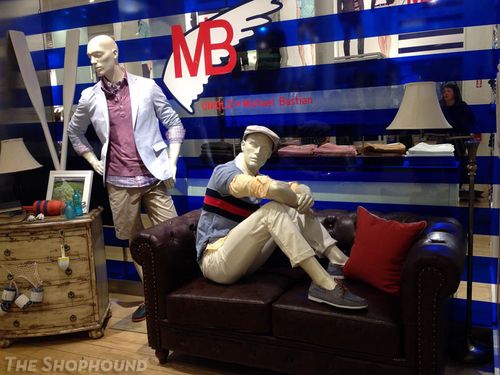 As we mentioned earlier, Michael Bastian's polo shirt collaboration with Uniqlo has made a welcome surprise return this Spring. A new shipment arrived in stores last week which brings the total style count in the line up to something around 60, so including new stripes and checks and some clever origami animal prints in a subtle tribute to the store's Japanese roots. At $22.90 each —which is less than a tenth of the cost of a comparable shirt from Bastian's main collection— it's pretty much a given that they are all The Shophound will be wearing this Summer. One would think that such a big collection would get the spotlight at Uniqlo's Fifth Avenue flagship, but that store is busy showing off new deliveries from the Inès de la Fressange collab and the SPRZ NY tee program with the Museum of Modern Art. While the line is available at all of the city's Uniqlo stores, it is the original SoHo location that has pulled out the stops for a big Michael Bastian boutique. For the moment, the store has devoted the featured section just off the main floor to the collaboration, and though the designer's participation is technically limited to designing the polo shirts, the quasi-boutique has also been stocked with a specially chosen group of shorts, trousers and other items to coordinate with the collection, extending Bastian's signature style to an assortment of total looks. With the designer's Gant collaboration ending after this Fall's line, Uniqlo may be the only place for Michael Bastian's fans to stock up on his look without succumbing to the daunting prices of his main collection. Even with 60 styles, the best ones sell out fast, so act quickly. 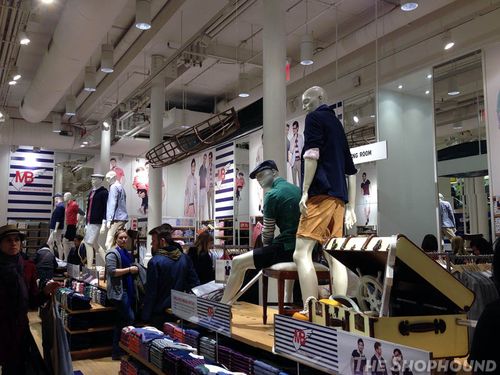