Gisele Bündchen Is A Singer Now 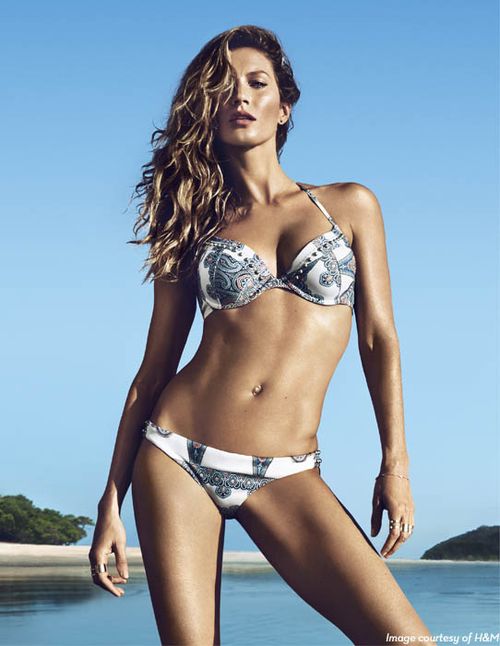 It was probably only a matter of time, but Brazilian Supermodel, NFL Wife, occasional Actress and general Media Sensation Gisele Bündchen is now a singer having recorded a cover of the Blondie classic "Heart of Glass" with French DJ and Producer Bob Sinclar. She doesn't embarrass herself, but there's no chance she is going to make you forget Debbie Harry either. Whether this is a new career direction remains to be seen, because it looks like Bündchen and Sinclar recorded the single as a part of the summer campaign for H&M that features the model in her native garb, a bathing suit —or a few bathing suits to be precise. You can see Bob Sinclar make a special appearance at H&M in Times Square this Friday, May 2nd from 6 PM to 8 PM to lauinch the campaign. Customers will get 20% off the new collection and the chance to hear a set from an exceptionally fine International Superstar DJ if only for a couple of hours. Will Gisele be there? Not that we have heard, but stranger things have been known to happen, and it wouldn't be a bad idea if she is serious about this singing thing. In any event, all revenue from the single (available exclusively on iTunes) to UNICEF's ongoing education initiatives. Judge Gisele's newfound talents for yourself in the video after the jump