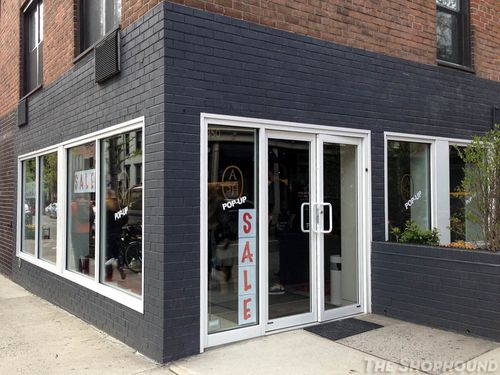 If large parts of Manhattan are suffering from too much available retail real estate, than there are still a few other streets where stores do not sit empty for too long. Bleecker Street between Christopher and Bank Streets in the West Village has been one of them, but even there, a few stores are out of commission or undergoing transition. The theory on this street has recently been that any time a retail space becomes available, Marc Jacobs will swoop in and take it over, but even he may have maxed out on the West Village as his company turns its eye to larger stores in other Manhattan neighborhoods. There are some spaces coming up that Marc may not be as quick to absorb. For starters, the glamorous Jean-Michel Cazabat shoe boutique is now an ASH shoes sale pop-up store.
Is Cazabat out of business?
No.
You can still buy his shoes at Barneys and other stores, but you may notice that his prices have jumped. The designer has moved his production back to Italy from China, which also pushed him back into the luxury category, precipitating a split from his backers who also own the Ash brand and have smoothly moved it into the Bleecker Street space —for the moment, at least.

Corporate changes have had an effect on several other Bleecker Street stores as well. Kurt Geiger's management has bought the company out from parent Jones Group which is currently being dismantled piece by piece, so that shoe store has remained in place. Juicy Couture, however, has been sold and and has exited its sizable store (pictured below) which remains under the control of former parent Kate Spade & Co. (formerly Fifth & Pacific, formerly Liz Claiborne & Co.). Will Kate move in? It seems like too good of a space to pass up, but for now, the sign in the window says the empty store is available. A few blocks away, brother shop Jack Spade is covered in green painted plywood, but its website lists it as temporarily under renovation, so we expect it to return soon enough.

Sadly, one well liked store seems to be gone from Bleecker for good. Freeman's Sporting Club appears to have exited its store at no. 343. Though it is still listed on the website, the shop is empty and available. FSC had a challenging time in the West Village. It's first location on the corner of Bleecker and Christopher streets had to be moved with little notice shortly after opening when the building was declared structurally unsafe —always a bummer. Happily, the store was able to swiftly move half a block to 343 where a temporary store eventually became a permanent outpost. That space, however, is now empty and available. East of Christopher Street, there are more vacancies including the former J.A.C.H.S. boutique*. J.Press York Street sells a label which is reportedly being discontinued by the uber-traditional menswear retailer. Will J.Press fill it with a selection from its classic assortments this Fall? As its flagship is still under an extended renovation, it would give its loyal New York customers a local place to shop the brand albeit in an inconvenient location, though it's more likely that the space will be marketed to other retailers. How long some of these spaces take to be filled will say a lot about Bleecker Street's status to retailers in the coming months. If the are leased quickly, then the stretch remains near the top of Manhattan's most desirable shopping locations, but if we start to see the kind of vacancies that are plaguing the Upper East Side and the nearby Meatpacking District, then Bleecker's heyday may be coming to an end. Have a look as some of these storefronts in the gallery below.
*Correction: The J.A.C.H.S. Store is not in fact closed and is open for business. We mistook it for different empty store on the same block. 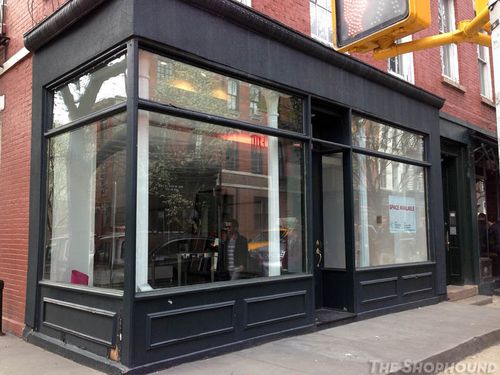