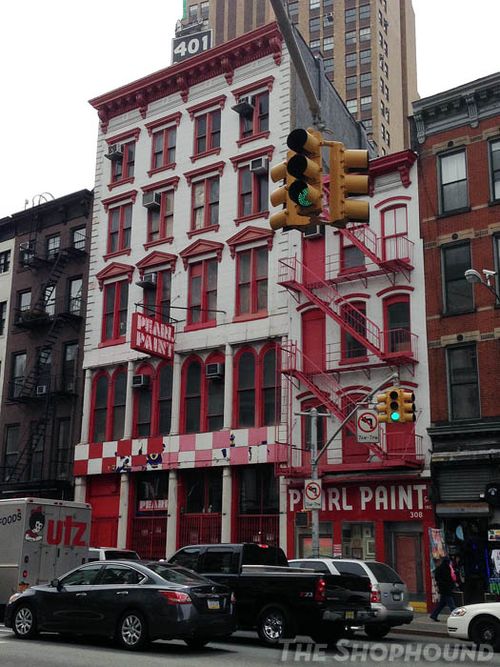 Even with the unpredictable shuffling of real estate that characterizes modern Manhattan, there are still some stores and institution that seem like permanent installations. Could we imagine New York without Bloomingdale's? Saks Fifth Avenue? Macy's? Pearl Paint?

Ok, you may not think of Pearl Paint in the same breath as New York's great department stores, but to the city's artists, even the ones who grumbled about its shortcomings, it has been the reliable resource for pretty much any type of equipment or supply one could possibly need for any sort of artwork. Well, it was. It shut the doors of its renowned five level Canal Street flagship permanently last night after only a few weeks of rumors and the closings of other chain branches. As recently as last week, the store's employees reportedly seemed unsure of exactly what was going on with the company, until they were all given pink slips themselves which took effect at the close of business yesterday (Yes, their union is has filed suit with the National Labor Relations Board). The distinctive red and white façade has been a neighborhood landmark at the foot of Mercer Street since well before the rezoning of the once run-down SoHo area became an urban art colony during the 60s and 70s. Aside from supplying the city's artists, it also provided employment for many of them either as students or as artists who may have had to struggle a little less desperately with a regular paycheck and a discount on their own supplies. Of course, there are still many art supply stores in the city, including highly specialized purveyors offering rarefied pigments and other materials, but Pearl Paint was the huge yet humble (and even creaky) mainstay that welcomed beginners, casual hobbyists and celebrated professionals alike. It's gone now. The main building has reportedly been listed for $15 million and described as perfect for a "developer, investor and/or user." Aside from a storewide sale, Pearl Paint closed with relatively little notice. Even as The Shophound stopped for a few minutes this afternoon to photograph the store one last time, potential customers were bewildered to discover the doors locked, and another passerby stopped to exclaim his surprise and disappointment as he snapped his own souvenir photo.

The Pearl Paint website appears to still be operating, though it continues to list the Canal Street store and its nearby frame shop on Lispenard street as open for business, as well as three other stores in Paramus NJ, South Miami and Ft. Lauderdale, FL so there's no knowing exactly what will be left of the rapidly shrinking company when all is said and done. What we do know is that the vast array of art supplies and equipment will be missed, and there doesn't seem to be anything around that comes close to replacing it. 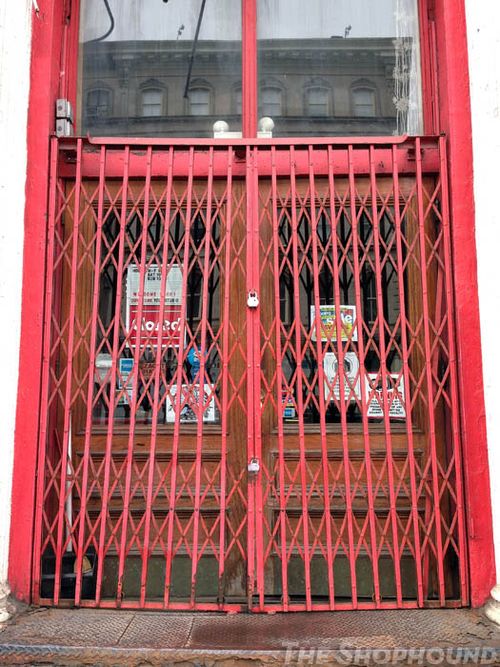