MAC Will Help You Look Just Like Marge Simpson This Fall

Caputo & Co. Makes The Bag
You Will Need For This Fall

BACK FROM THE DEAD: 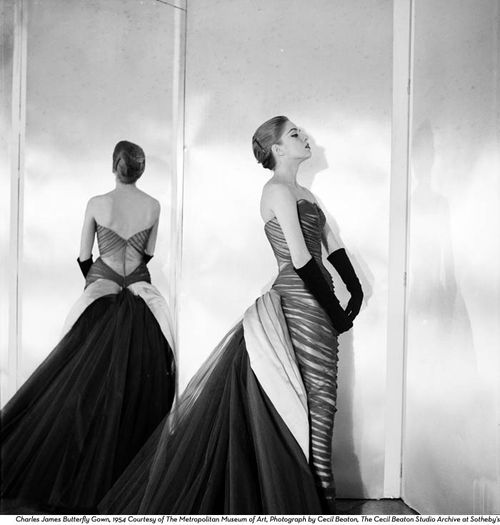 The Costume Institute exhibition Charles James: Beyond Fashion at the Metropolitan Museum only opened today, but its ripple effects are already being felt. Perhaps it is the massive media coverage that the Met Ball now receives, but Charles James is already a more well known designer than he has been for decades, and movie mogul Harvey Weinstein is already poised to take advantage of it. After Monday's Gala, he swiftly negotiated a deal with the late designer's children and heirs to license the name with an option to buy the rights outright for an undisclosed amount. His plans include relaunching the Charles James label as a luxury ready-to-wear brand aimed at high-end retailers with plans for fragrances, accessories and everything everything else that such a brand entails. Marchesa designer (and, not inconsequentially, also Mrs. Weinstein) Georgina Chapman and her brother, Marchesa CEO Edward Chapman have been named as Creative Consultants to the brand. The press release quotes the uber-producer, “Charles James was one of the most incredible couturiers in the history of fashion and this label deserves to be a household name in same ranks as Chanel, Dior, and Oscar de la Renta. There isn’t a single designer in high fashion who wouldn’t name him as a major influence. We are beyond thrilled to be spearheading the revival of this brand and bringing it back to the world’s finest retailers."

Weinstein has also revealed plans to back a tour of Charles James: Beyond Fashion show after its run ends this Summer, which, let's be honest, will be a great way for him to promote his new brand to a public who, at this point is still mostly unaware of the designer who was never exactly a household word in his heyday. Naturally, the first thing that comes to mind is Weinstein's ill-fated attempt to join the string of Halston revivals a few years ago which famously tapped actress Sarah Jessica Parker as a creative advisor to much publicity. Though it spawned the successful, contemporary Halston Heritage label, the effort to revive the high-end component of the brand fizzled as the others had before it. Weinstein and Parker ultimately exited the brand, and it is now in the hands of another set of owners who, yes, are planning their own revival for the seasons to come. There are two ways of looking at this. We will find out in the coming seasons whether Weinstein has learned from his mistakes at Halston and is ready for the challenge of another obscure brand relaunch, or if he should just leave the fashion business to the fashion people like his wife and stick to the movies.

Harvey Weinstein to Resurrect the House of Charles James (The Cut)
Previously:
The Costume Institute Cleanses The Palate With Charles James: Beyond Fashion At The Metropolitan Museum