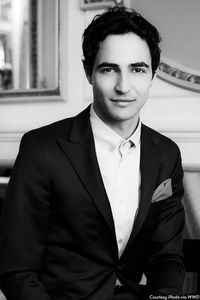 If you can't help thinking of Brooks Brothers as a great men's store, then that may change in a few years. The venerable retailer has announced that Zac Posen (pictured at left) will become the creative director for the retailer's main women's apparel and accessory collections. “We want to better ourselves and have another point of view,” Brooks Brothers' chairman and chief executive officer Claudio Del Vecchio tells WWD. “We already have a team in place, so he’s not going to be a designer, but a creative director. He’s someone we trust and admire for what he does, and he can add to what we’re already doing.” Brooks Brothers has been upgrading and refining its women's offerings over the past few years, and the appointment will help bring attention as well as a new fashion image to a part of the company that has traditionally been overshadowed by its iconic male counterpart. Posen's responsibilities will be restricted to the main label women's lines and won't affect either the younger Red Fleece collection or the Black Fleece collection which will remain the purview of designer Thom Browne. The first collections under Posen's direction won't appear until Spring 2016, giving the designer plenty of time to adapt his own glamorous point of view to Brooks Brothers' traditional but evolving image. Posen will continue to design his own collection as well as other projects such as participating as a judge on "Project Runway" and said he was “honored and excited to be embarking on this incredible opportunity to take the Brooks Brothers women’s brand into the future while respecting its deep, rich American heritage as an institutional company.”