Why CRUMBS Got Swept Away 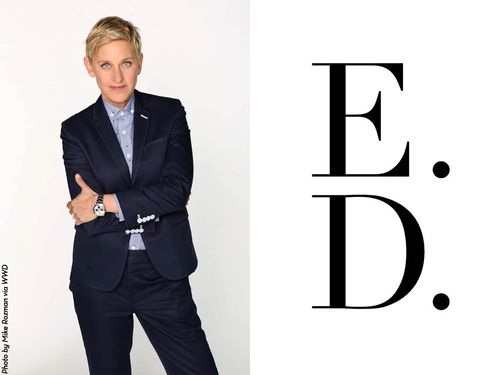 Is Ellen the next Jessica Simpson, Martha Stewart or even Oprah?
According to today's WWD, she may well be.

In a major article and accompanying interview, Ellen DeGeneres announces a partnership with J. Christopher Burch's company Burch Creative Capital that will launch the E.D. brand (to be pronounced 'Ed') with a capsule collection this Holiday season. This is no licensing side project, but a enterprise meant to support the next phase of DeGeneres' career beyond the life of her comedy performance and the talk show to which she is contractually obligated for at least the next three years. Meant to be accessibly priced, it will be sold through third party retailers and, as of yet, there are no plans for freestanding stores like Burch's most prominent post-Tory Burch success, C. Wonder

Who knew that Ellen was such a tastemaker? Apparently, she has not only been an enormously successful house flipper over the years but also an obsessive design fan who is expected to be instrumental in directing product development of the home and garden items, men's and women's clothing and accessories and pet products that are slated to form the initial core of the brand. The Holiday season launch will consist mainly of gift items and will be in partnership with a yet to be announced major online retail partner (Amazon? Macy's?). The main product line debuts will be for Spring 2015, which is when the real test will begin. That is when we will find out if Degeneres has the kind of fashion credibility outside of the entertainment sector needed to drive such an ambitious enterprise. Her androgynous personal style is deceptively sophisticated, and DeGeneres has a cosmetics contract with Cover Girl that often plays on the contrast between her no-frills look by pairing her with fellow Cover Girl Sofia Vergara to comic effect in advertisements. Even in her '90s sitcom days, however, she was often decked out in designer labels like Dries Van Noten's menswear lines, and her recent Academy Awards tuxedos were custom made by Hedi Slimane for Saint Laurent but but she is not known as the kind of glamorous style icon that makes fashion headlines. Perhaps we have been defining that role too narrowly. She has developed a devoted following for her TV show by not only focusing on the obvious, glittery celebrity guests but also turning attention to (and often making new celebrities out of) everyday folks and homemade viral videos. It could be her populist touch that could make the difference between real success and being just another celebrity marketing flameout. While she has been low-key about her longtime interest in design up until now, she is not shy about her ambitions for her nascent brand. “They say we’re going to be on another planet soon, right?” DeGeneres tells WWD. “I’m going to be the first brand on that planet.”
She probably shouldn't be underestimated.

Posted at 08:28 AM in Celebretail, Coming Soon, Launchpad | Permalink | Comments (0)