Uniqlo Reunites With Undercover
—But Just For Kids

GQ's Best New Menswear Designers Have Arrived At The Gap 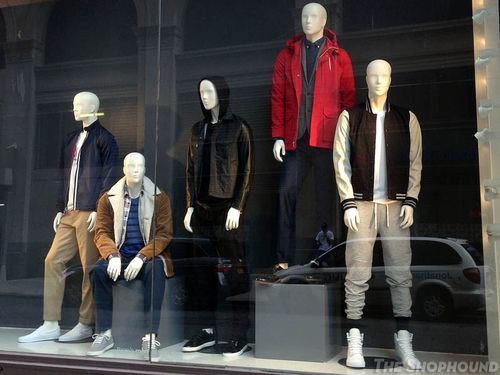 The Shophound has to admit that this one snuck up on us.
Usually, we are hyper aware of when the Gap's annual collaboration lines with GQ's Best New Menswear Designers will appear in stores, but we were preoccupied, and while we were walking down Broadway this afternoon we spied a display in the window of the Gap men's store at 8th Street and Broadway featuring the collections from M.Nii, Brooklyn Tailors, En Noir and John Elliott + Co (pictured above). Happily, a salesperson reassured us that we are not all that out of it. The goods arrived in stores today, but, we were told that some items had already sold out. In fact, the John Elliott sweats were particularly hard hit by eager shoppers. What we did see looked great. it will be tough to see if Brooklyn Tailors was able to replicate their meticulous fit at Gap prices, but there was a great red field jacket and some nicely detailed navy chinos as well. M.Nii's tees and ribbon-trimmed khakis had the right degree of surfer cool, and we had to go online to see exactly what was available from Elliott's luxury sweats. The standout here, however, was En Noir's capsule, much of which was also sold out. There were still a few pieces left of the whole project's standout piece: The sleek hooded leather jacket for $400. It's a pretty whopping price for the Gap, but considering En Noir's usual four figure prices, it seems like a steal. It's not as supple as expensive Napa leather, but for $400, it's pretty soft and makes for an irresistible, streetwise hoodie (pictured below). The engineered biker jeans looked great too, along with a blacked out denim, leather and sweatshirt material jacket. The whole En Noir style is pretty diametrically opposed to Gap's sunny basics, but they managed to make the collaboration work. We haven't been to any of the other stores that typically carry the lines but there may be more at some of the other locations like Midtown and Lower Fifth Avenue or Herald Square. There's always online shopping as well, but they seem to be selling out as well, so act fast. The Shophound might not have been on top of things this week, but the anxious collaboration shoppers clearly were. See the full lookbook HERE 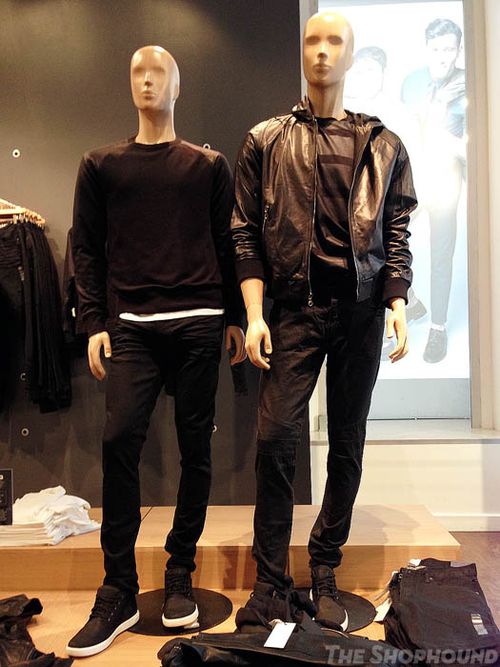