What Lipstick Can Buy
—Go See Cubism: The Leonard A. Lauder Collection At The Metropolitan Museum 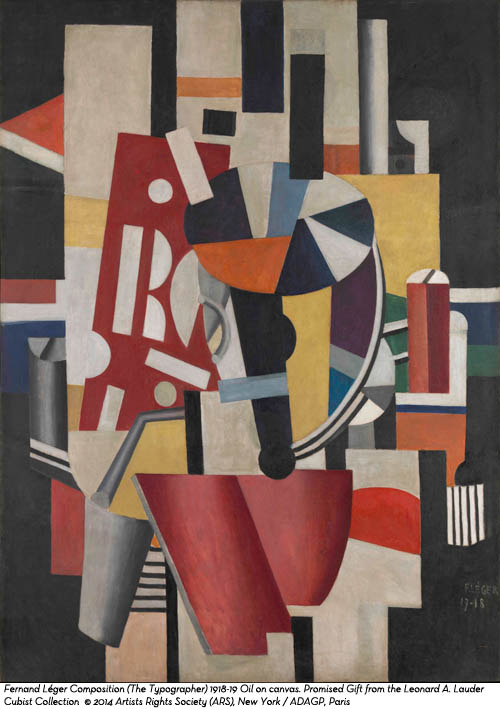 It is pretty well known that the cosmetics department is the foundation (no pun intended) for nearly every major department store in both volume and profits, and The Metropolitan Museum of Art is about to demonstrate just what some of those profits can do for one of the world's greatest museums and New York City itself. Cubism: The Leonard A. Lauder Collection opens Monday at the Met (currently in Members Previews) and is an extraordinary collection of artworks by Pablo Picasso, Georges Braque, Juan Gris and Fernand Léger that became a promised gift to the museum last year. Mr. Lauder's art holdings have long been known to be among the world's finest, and at yesterday's press preview the cosmetics scion was on hand himself to explain how he started the collection in the mid-1970s specifically to fill a gap in the Met's modern art collection and also to give something monumental not only to what he feels is the greatest museum in the world and but also to the city that has given so much to his family.

Mr. Lauder's family is nearly as well known for its philanthropy as it is for the beauty brand that bears its name, but this may be the greatest example yet of his support for the arts in part because of the incredible quality of the works, all of which are being displayed together for the first time even as he continues to add to them. Picasso, Braque, Gris and Léger made Cubism the most influential art movement of the 20th Century, freeing artists from traditional representation in paintings and sowing the seeds for the profusion of modernist styles that followed including pure abstraction and pop. Lauder revealed that his criteria for creating the collection was only to include works that were so important that the museum would want to keep them on prominent display at all times, using masterpieces like the Louvre's Winged Victory of Samothrace or Van Gogh's The Starry Night at the MoMA as examples, and it looks like he has succeeded. While Cubism as an art movement has been around for over a century, it can still be challenging and often inscrutable to viewers who sometimes still struggle to find images in cubist paintings that their titles tell them are there. The exhibition is beautifully composed to also be an incredible educational experience, illuminating the sometimes mysterious paintings and demonstrating how the style developed through key examples of Picasso's and Braque's collaborations and was further refined by Gris and finally ending with the  glorious Composition (The Typographer) by Léger. If you walk in thinking that Cubism can be a cold and overly intellectual style of art, you will walk out of the exhibition with a completely different view, and it may even make you think for an extra minute about which brand of lipstick to buy when you are in the makeup department.