What Will Amazon Sell At Its Store On 34th Street?

The Neiman Marcus Christmas Book For 2014 Has Arrived 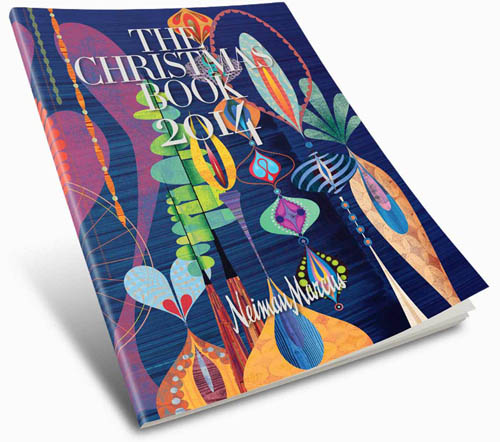 Back in the olden days, when telephones were only connected to the wall and there were nothing but a meager four or five TV channels to watch, there was no internet to buy things with, but you could still shop from home with these books called catalogs. Department stores would send them out every season, and if you didn't live in a booming metropolis like New York where there is a vast choice of stores to shop in, you could still get a little bit of Saks, Bloomingdale's, Bergdorf's or even Bonwit Teller or Marshall Field's (yes, they used to exist, too) sent to your house periodically. Early to Mid-October used to be the time of year when the splendor of Christmas catalogs would start clogging the mailbox. Nowadays, most catalogs have either given way to e-commerce sites or been morphed into "magalogs" showcasing the store's merchandise with more editorial flair but without order forms, instead, encouraging readers to either go online or make a visit in person.

One catalog remains to draw attention, however, and that is the Neiman Marcus Christmas Book, an annual exercise in extravagance from America's most opulent department store chain. With Neiman's making plans to finally enter Manhattan, New Yorkers should get more acquainted with this curious compendium of the store's signature "Fantasy GIfts" and middle-of-the-road (for them anyway) gift items. Of course, even Neiman's has its monthly magalog, "The Book", which will have its own Holiday edition, but the Christmas Book is a product of NM Direct, the mail order division which explains why a $19,900 Akris ballgown is offered alongside a somewhat humbler $550 cocktail dress from better dress department mainstay Kay Unger. The Christmas Book even offers a $395 dress & jacket ensemble from Albert Nipon, a label we didn't even think existed anymore and is probably way below the opening price point to actually be found in Neiman Marcus stores, but the mail order catalogs from Neiman's were always a peculiarly inconsistent mix of status brands and comparatively downmarket merchandise.

But enough with the commercial offerings. What made the Christmas Book famous are the Fantasy Gifts, and this year they are as ridiculous as ever. There are ten of them (also available for online ordering) starting at the high end with a custom blended fragrance from the House of Creed for a whopping $475,000 (plus tax). It does come with a trip to Paris where you will personally take delivery, so there's that. For a little less, $425,000, you can travel to L.A. for three days to attend the Vanity Fair Oscar Party. Like most of the Fantasy Gifts, this one has a charity component. It includes a $400,000 donation to the The Heart of Neiman Marcus Foundation which is "dedicated to supporting youth arts education in communities across the country", although that equation really makes it a $400,000 donation that comes with a $25,000 trip to Hollywood. This one should really be mostly tax-deductible, but you and your accountant can take that up with the IRS. For the hopelessly immature, there's a $300,000 1:32 scale model of your favorite racetrack complete with speeding cars from The Slots Mods USA. For fans of actual life-sized automobiles, there are exactly 100 100th Anniversary Neiman Marcus Limited-Edition Maserati Ghibli S Q4s for $95,000 each. Then in other vehicles, there is the obligatory His & Hers gift: the matching Vilebrequin Quadskis, a pair of Jet Ski/ATV hybrids complete with GoPro cameras and a training trip to the Gibbs Test Facility in Florida. Then there's the Ultimate Mardi Gras Experience for Six Couples ($125,000), Preston Bailey Peacock Floral Sculptures ($25,000-$65,000), Leontine Linens Home Trousseasu ($55,000), Custom Locket and Trip with Monica Rich Kosann ($100,000) and the Tanqueray No. Ten Imperial Shaker by Jason Crawley ($35,000) for the flamboyant martini drinker.

No matter how crazy the gift, Neiman Marcus claims never to have offered one that didn't find a buyer, if not several. Since it is the 21st Century now, however, you don't have to be on Neiman's mailing list to receive the Christmas Book. Anyone with an internet connection can now read it page by page HERE online in flip-book form, and consider the Holiday Season officially kicked off.