Valextra To Take Over For Cesare Paciotti On Madison Avenue 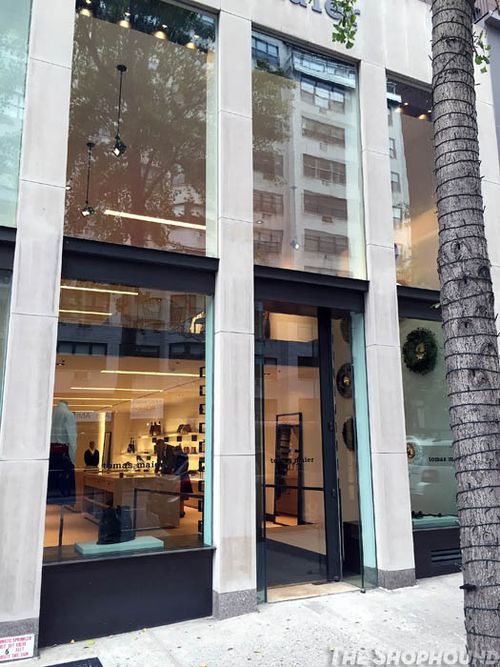 In fashion and retailing right now, it seems like there is no megaphone loud enough to announce any designer's new store, collaboration line, runway collection, fragrance or whatever. That's what makes it so counterintuitively impressive that Tomas Maier quietly opened his first New York city boutique last week to little self generated fanfare at all. The new store replaces the DeLorenzo Gallery at 956 Madison Avenue, but retains its former occupant's distinctive metal gates and many other aspects of its original 1925 design. “I always liked this store,” Maier tells WWD. “For me, it was important to keep the integrity and the details — such as the grilles, the metalwork, the door handles, the architectural elements — and then I started to look at the concept around that.” How unlike the typical designer's inclination to gut and re-construct any potential retail space to drive home a unique, but endlessly replicated "brand image". The seemingly laid back attitude extends to the collections inside. Maier has achieved great success in forging a consistent fashion direction for Bottega Veneta after it was purchased by the then Gucci Group (now Kering) from its family owners in 2001, so The Shophound wasn't surprised to find equally well designed handbags and leather goods under his own label on the first floor when we stopped in over the weekend. The prices, however, may raise an eyebrow or two, but in a good way, with many bags priced well under the $1,000 price point that is so commonplace on Madison Avenue. Perhaps as the collection develops, we may see more lavish materials and embellishments, but for now, Maier is keeping things simple and saving the flash for his other gig. The same goes for the apparel collections upstairs, featuring well-cut basics and military-inspired sportswear for men, and sleek minimalist knits and leathers for women. Though the shapes seem simple, details are carefully considered, such as in the simple cashmere v-neck sweater which upon closer inspection reveals a completely seamless construction.

The recent appearance of Maier's own 17-year-old label on Madison Avenue, is partly due to an infusion of funding and support from Kering and represents a strengthening of the relationship between the designer and the company that owns his major employer. You will be seeing more Tomas Maier stores in major cities soon including a second New York unit set to open in April on Bleecker Street in the West Village (Where? The former Juicy Couture space? Or maybe in the recently closed Manatus Restaurant?). In the meantime, don't worry about Maier's relatively low-profile new store getting lost in the general fashion clamor. Placed within a few steps of the Whitney Museum (which is soon to be turned over to the Met) and a block from another building that is in the process of being turned into the city's latest Apple Store, Maier's new store is likely to get plenty of valuable foot traffic without having to scream too loudly.
Have a few more looks at the store in our slideshow below. 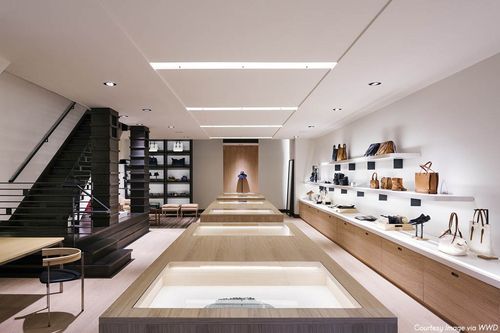