The Maille Mustard Boutique On Columbus Avenue Is Selling Out

Is This The Entrance To A New Bed Bath & Beyond On Columbus Avenue? 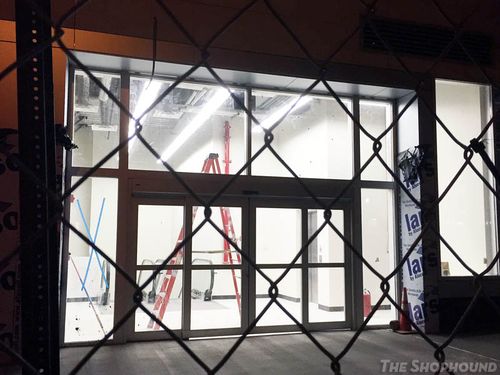 There have been rumors for months that the popular home chain Bed Bath & Beyond was getting ready to open a second Upper West Side store, and if they are true, it looks like the opening may not be far off. About a Year ago, stories began circulating that the residents of a high-rise apartment building at 100 West 93rd Street and Columbus Avenue were receiving coupons for a new branch of the chain set to open in the new cluster of stores being constructed at the base of their building. The store's representatives refused to confirm the news, and the actual building seemed at the time to be a long way from completion. Now, the plywood has come down, and the entrance to the kind of basement space that would comply with Columbus Avenue's new storefront zoning regulations appears to be nearly finished. The folks at Bed Bath & Beyond are still mum, but that's not unusual for chains these days who often want the element of surprise to help publicize new stores.
At any rate, something is ready to go in down there, and it looks like it may only be a matter of weeks before we find out for sure.