Is This The Entrance To A New Bed Bath & Beyond On Columbus Avenue? 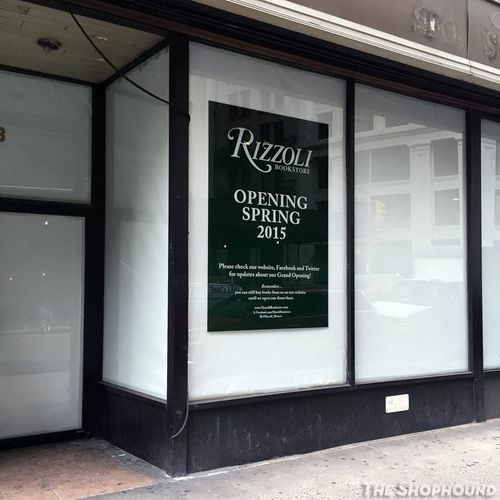 We are still missing the lavish Rizzoli bookstore that was demolished earlier this year on West 57th Street, but fellow fans will be relieved to know that its announced replacement at 1133 Broadway at 26th Street is well under construction and shows every sign of meeting its Spring 2015 projected opening. The company is betting on the continued rise of the NoMad neighborhood, and the store is only a couple of blocks from its fellow Italian themed merchant, Eataly, which draws a healthy share of tourist crowd who will hopefully be encouraged to wander uptown not only to Rizzoli, but also Opening Ceremony, Maison Kitsuné and a host of trendy restaurants (Note the map from the store's website below). The 1896 building where Rizzoli will reopen is of a similar vintage as the store's previous, uptown townhouse home, though it's hard to imagine that it will be possible to replicate the same kind of lavish residential-style interior in the 5,000 square foot space. Hopefully, the store will pay some kind of tribute to its elegant former trappings, and it looks like we won't have to wait terribly long to find out. 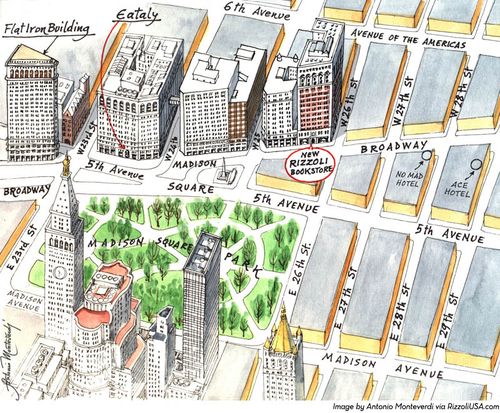