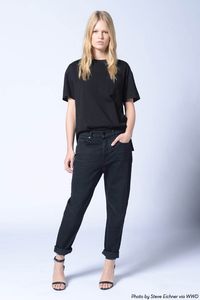 Never a dull moment in Wang-world.
Today he is pulling a Beyoncé.
Alexander Wang, who just released a blockbuster collaboration line with H&M is not resting for the Holiday Season. He is reportedly launching an entire new line called Denim x Alexander Wang that is expected to be in stores tomorrow with exactly zero advance publicity except for a cryptic, possibly NSFW Instagram image that the designer posted earlier today (and which you can see after the jump). We know little more than that it is coming with a major ad campaign shot by Steven Klein. By this time tomorrow, the fashion and retailing industries will be talking of nothing else, so stay tuned for details.

UPDATE 12/3/14:
The complete info is now online at the WWD link below. The denim collection —three styles in three washes making 9 different variations— will be available exclusively at the Alexander Wang SoHo boutique and through his website on Monday, December 8th. Expect a sellout within hours. WWD reports that the line "launches" today, which probably means that the Steven Klein ad campaign teased on Instagram is officially released. It features model Anna Ewers sort of wearing the jeans, in pretty solidly NSFW images meant to evoke Calvin Klein Jeans ads in their most controversial, early 90s days. “It’s not provocative just in terms of sexy, but provocative to provoke conversation,” Wang tells WWD. “I’m not dictating what that message is exactly. The interesting part is to see how people interpret it, and what they have to say about it. Of course, there are going to be people who disagree with it.” Have a look at them and form your own opinion after the jump. 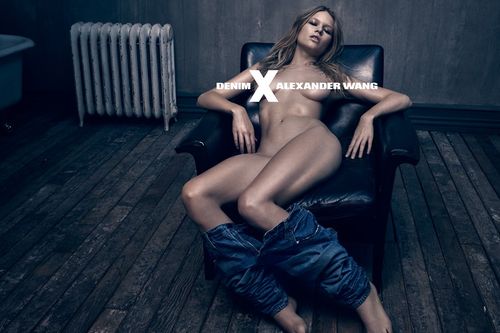 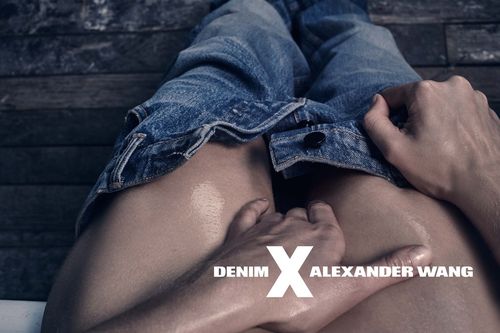