Is A Popular Fashion Venue In Danger? 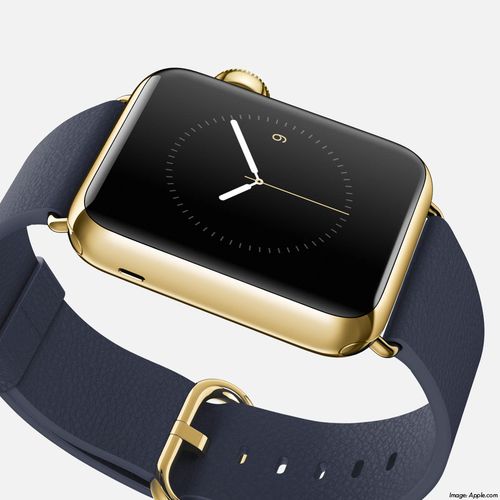 The most anticipated tech item of the year finally has a vague release date —just in time for ...Father's Day?
Apple CEO Tim Cook reportedly revealed in a conference call on Tuesday that the  (Apple) Watch, first officially announced last September, will be ready for release this April, which is just under the wire for what was originally projected as an "early 2015" launch. Though a Holiday Season 2014 was always considered unrealistic, many industry analysts had expected a slightly earlier launch for the already heavily hyped item. Cook also indicated that there is no shortage of developers working furiously on software for the device.
Now what remains to be revealed is not when, but how the watch will be launched. Naturally, one expects that it will be available through Apple's own stores and website, but we may see the watch launched as more of a luxury item than a tech device. Shortly after it was first announced, Apple held a special preview at the Paris boutique Colette for fashion industry insiders during the unveiling of the Spring 2015 collections, which suggests that we may be more likely to see the watch's initial launch in stores like Saks Fifth Avenue and Bloomingdale's than at licensed resellers like Best Buy. Then there's the 18 karat gold Apple Watch Edition (pictured above) whose price, estimated to be in the several thousand dollar range, has yet to be announced, which is expected to be restricted to a highly limited distribution strategy including exclusive jewelers who may have never an Apple product before at all. While this may be new territory for even an upscale tech company like Apple, there is a depth of luxury experience in the company's Senior Vice President of Retail and Online Sales Angela Ahrendts, who came to the job from a position as CEO of Burberry. These details are probably going to be revealed in the next couple of months, but don't be surprised to see Neiman Marcus, Saks and even Nordstrom or Barneys vying over who who might get an exclusive on the item's launch.
And if anyone else is planning a major product launch this Spring, expect to be majorly eclipsed.