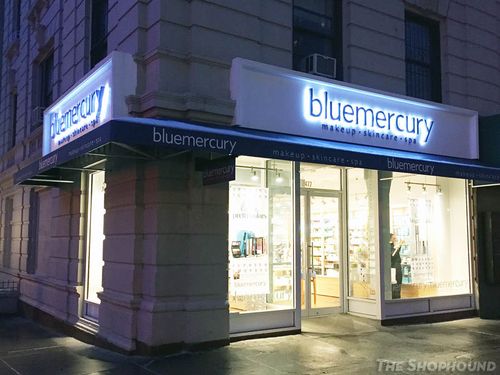 In the general scheme of things, it's a smallish deal that could mean big things in the cosmetics industry. Yesterday afternoon Macy's announced that it had purchased exclusive beauty boutique chain Bluemercury for $210 million. The Washington DC-based beauty retailer consists of 60 stores across 18 states including six in New York City with a seventh on the way in Chelsea. The chain's current founders and CEO's will remain in place as the chain is to be run as a separate, standalone entity from the Macy's and Bloomingdale's chains, but the immense corporate backing of its new parent will now fuel the company's rapid expansion.

Industry watchers have compared the up and coming Bluemercury to the still growing beauty behemoth Sephora, whose growth spurt happened after it was acquired by luxury giant LVMH. That's not a totally accurate comparison. Though there is some crossover, Sephora stores, as they are today, tend to center around upscale but widely distributed cosmetics brands and extensive fragrance offerings, while Bluemercury's feature high end treatment lines and more exclusive makeup lines, often with spas attached. A better comparison might be England's Space NK, whose U.S. stores are mostly leased shops within Bloomingdale's locations along with just a handful of freestanding units. In its current state, Bluemercury is not the Sephora-killer that many journalists are breathlessly heralding, but it may just be a threat to Space NK, whose U.S. business is heavily dependent on leasing space within a chain that has just become a sibling to its main competitor. How that will shake out remains to be seen over the next few years. Macy's doesn't really do small, so whether Bluemercury will be transformed into a major threat to Sephora or build up its own somewhat different, more luxurious niche is the question of the moment.