Is The First TOMS Store In New York Almost Ready To Open? 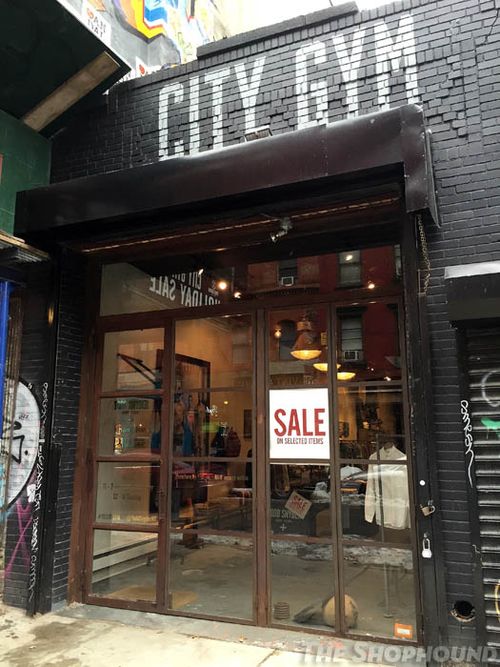 Todd Snyder's City Gym has overstayed its welcome.
That's not to say that anybody is sick of it. Quite the contrary. What was supposed to be a temporary store created to launch the designer's collaboration with the athletic sportswear label Champion has proved to be so successful that it hung around much longer than planned, and now it really has to close at the end of this weekend. It won't be gone forever, however, A store staffer confirmed to The Shophound that it will reopen again soon in a location that is not quite ready to be announced just yet, so in the meantime, Snyder is holding a moving —not a closing— sale at the spacious Elizabeth Street store. If you missed the extremely good sample sale that took place there several weeks ago, this is another opportunity to save as much as 75% off both the Champion line and the signature collection from the past season, as well as have a second crack at a few choice pieces of Snyder's Southwick-made tailored clothing and furnishings collection whose prices have been reduced even further from the previous sale and are now a real steal.
While the City Gym concept has obviously proved to be successful, we can't help hoping that the new store, wherever it may be, might be even more of a showcase for all of Snyder's collections, and possibly even give us New Yorkers a chance at the more affordable White Label suit and furnishing collection that currently is available only at Nordstrom. So there's a request for you, Todd, if you are listening.
We're looking forward to seeing the new store appear soon, but, in the meantime, take advantage of one more great sale before the Spring season fully kicks in.