Toys R Us To Abandon Its Immense Times Square Flagship 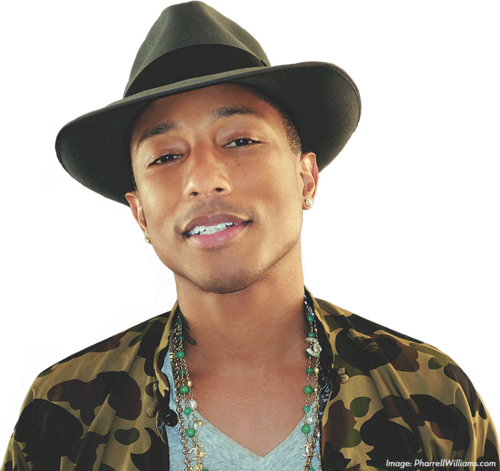 We aren't sure if an extended rollout or if it was a last-minute addition, but The CFDA announced today that Pharrell Williams would be receiving the Fashion Icon award this coming June 1st when the awards are presented at Alice Tully Hall. While Williams has certainly shown he is able to get attention for his style —people still can't stop talking about the famous Vivienne Westwood hat he wore an entire year ago— he has been in the fashion industry for years before his current musical renaissance. Aside from several collaborations including ongoing projects with Uniqlo and Adidas, He cofounded the fashion brands Billionaire Boys Club, Bee Line, BBC Black and Ice Cream. CFDA President Diane von Furstenberg said of the award, “If cool was a person, it would be Pharrell, not just for his looks and sense of style but for his kindness and openness. I cannot imagine anyone not seduced by him.” Look for him in a cool outfit at the awards ceremony, and, since it will be nearly Summer, bet on him wearing shorts.