Here Are Your 2015 CFDA Award Nominees

In Which Dolce & Gabbana Act Like Idiots & What Will Longtime Supporter Madonna Say About It? 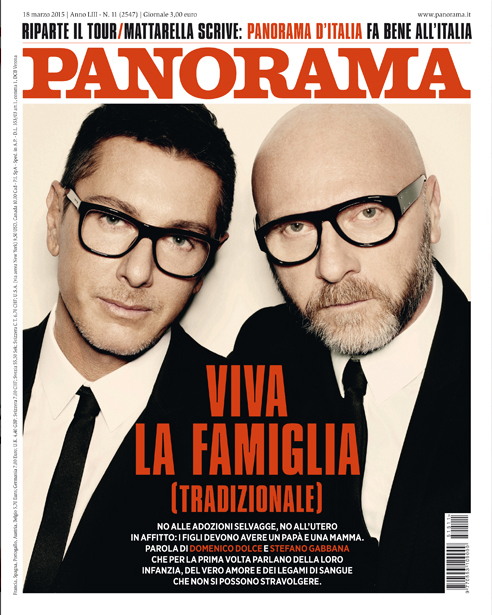 Some people do not know when to shut the hell up.
If you are familiar with hashtags, you may have noticed that the latest one making the rounds in #BoycottDolceGabbana. Yes, the renowned Italian design duo Dolce & Gabbana have put their collective foot in their collective mouth in an interview released last week with an weekly Italian magazine called Panorama where they declared that, as a couple, they are against gay adoptions. Quotes abounded over the weekend, among them:

"No chemical offsprings and rented uterus: life has a natural flow, there are things that should not be changed."

Procreation “must be an act of love,”

and that children born though any method other than good old sex are “children of chemistry, synthetic children. Wombs for rent, semen chosen from a catalog.”

So far, a translation of the entire article has been tough to track down, but at this point, the damage has been done. Leading the swift response is, not surprisingly, Elton John who, with his husband, has two children conceived through IVF and launched the hashtag while declaring that he would not wear another stitch of Dolce & Gabbana clothing. Naturally, a barrage of celebrities followed, and before the weekend was over, the designers were on the backtrack trail with little success. On Sunday, the designers released a statement claiming that "it was never our intention to judge other people's choices. We do believe in freedom and love," without actually apologizing for the insults.
Of course, it's hard not to glean a judgmental tone from the initial statements which echo a similar sentiment expressed by the designers in the pre-Twitter days of 2006 where they again expressed antipathy toward non-traditional families. It looks like the designers will be on Gay Twitter's shit-list for quite some time to come, but the question among many retailers who have devoted a great deal of floor space to the label is just how big this controversy will go and whether or not it will evolve into a John Galliano-level damaging scandal? Considering that the designers have a huge celebrity following including endorsement deals with Scarlett Johansson, Matthew McConaughey and Colin Farrell for fragrances and cosmetics, it is hard to imagine that an actress wouldn't think twice about wearing Dolce & Gabbana to a high profile event in the coming weeks.
While modern boycotts of massive businesses like Chik-fil-A and Target for proclaimed and perceived anti-gay bias have not really had much material effect on the companies, Dolce & Gabbana have a much smaller and more specialized business where it can be presumed that the designers have not just insulted many of their customers, but probably a good portion of their employees at many levels of their organization, not to mention buyers and members of the fashion press whose favor it is important that the designers maintain. Joining Elton John in admonishing the designers is a cavalcade of celebrities including Victoria Beckham, Ricky Martin, Courtney Love, Ryan Murphy and Martina Navratilova just to name a few, but notably still silent at this point is Madonna, whose early support in the 1990s gave a crucial boost to the designers when they were still a little known label globally. She has continued to wear their clothes over the years and starred in their advertising campaign in 2010 (pictured below). The designers' comments fly in the face of Madonna's longtime support of gay rights, and though the singer is currently appearing in ads for Elton John's pal Donatella Versace, it is hard to imagine her remaining silent about this, especially as she is in the middle of a heavy promotional schedule for her latest album and upcoming tour. It's hard to imagine the controversy ending before Madonna weighs in in some way, so, we're waiting , Madge. 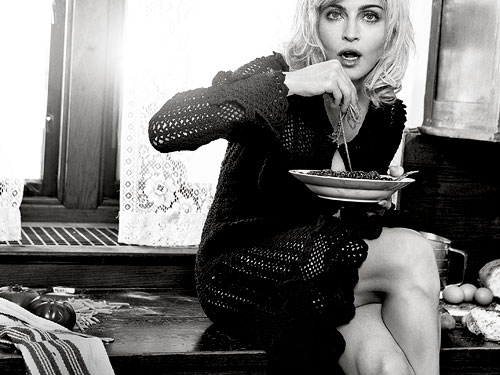