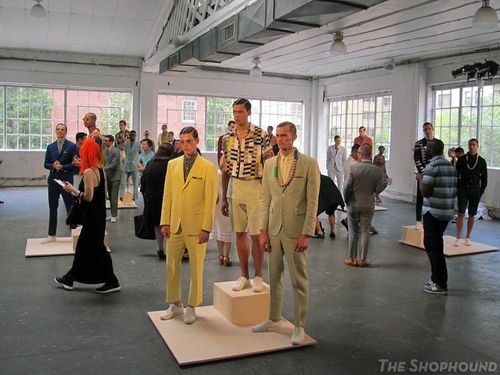 The official Fashion Week that New York's menswear designers have been waiting for is finally here. While it won't rival the size and scope of the Women's seasonal event that it finally extricated itself from, It is already proving why it has been long overdue —even before it has technically started.
Yesterday, New York Men's Day gave the week its unofficial kick-start with a series of twelve presentations split into two shifts, morning and afternoon from some of America's emerging men's labels. Organized by Agentry PR, the event has previously taken place a part of the formerly merged New York Fashion Week, but as with most men's shows, got swallowed up in that overstuffed schedule. Now that it has room to breathe, all the designers should benefit from more focused attention, and they rose to the occasion. The twelve labels on the roster range from a few who are probably ready for their own full shows to newbies just starting to cause a stir. Standouts included David Hart's Bauhaus inspired suits and sportswear (pictured above), Cadet's continuously evolving take on military looks —including an appearance from cult model Chad White— and immaculately styled retro tinged tailoring from Eponymous. Have a glimpse at those collections as well as looks from Boyswear, CWST, Garciavelez, PLAC, Kenneth Ning, Matiere, Fingers Crossed, Chapter and Carlos Campos in the galleries above for the morning presentations and below for the afternoon shows. 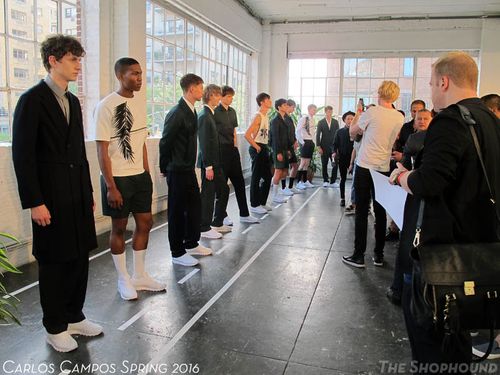