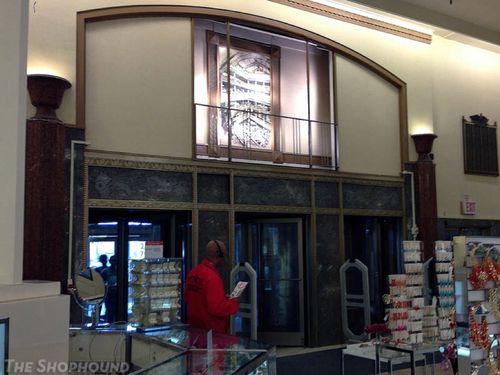 The fate of the lumbering behemoth known as Macy's in Brooklyn has been decided, and while the store will stay put, it will be both shrunken and dramatically overhauled.
Over the past couple of years, the Shophound has been following the state of the huge and historic but woefully out of date Macy's store in Downtown Brooklyn. The centerpiece of a renewed Fulton Street shopping corridor, the enormous nine-floor store is one of the largest in the chain, but has failed to keep up with both the newer influx of retailers to the area and the increasingly affluent population inhabiting the Boerum Hill, Cobble Hill and Carroll Gardens neighborhoods that are literally in its backyard. About a year ago, Macy's officials announced a long overdue renovation for the neglected store, which began its life in 1865 as the Abraham & Straus flagship, that would renovate it from top to bottom. Surprisingly, the plan was put on hold a scant few weeks later as the store began to explore other real estate options for the valuable site including a possible sale or redevelopment of the building and a move to a smaller site nearby. The newly updated plan will include a combination of several options. Yesterday, Macy's CEO Terry Lundgren revealed a scheme that will shrink the floor from its current nine floors to the first four levels plus the basement. The upper floors will be sold to real estate developer Tishman Speyer for $170 million who will also cover the costs of the renovation below with another $100 million over the next three years.
While it sounds like the store will be substantially reduced in size, it will actually only go from 378,000 square feet of selling space on nine floors to 310,000 square feet on five. Upgrades are said to include uncovering windows to allow more light as well as renovated bathrooms, escalators and elevators along with a general refurbishment of the of the space. A walk through the store today would reveal an ungainly patchwork of poorly sequenced departments as well as an ill advised mezzanine level on half of the main floor that creates cramped shopping spaces and obscures parts of the building's original architecture. However, a closer look reveals striking Art Deco architectural details like a lavishly decorated bank of elevators at the store's center (pictured below) and carved marble frieze work framing the main entrances on Fulton and Livingston Streets (pictured above). Ultimately, it will be a few years before we see the results of the renovation, but given the store's rapidly gentrifying locale, the opportunity for a freshly made-over Macy's in Brooklyn to do big business is huge. 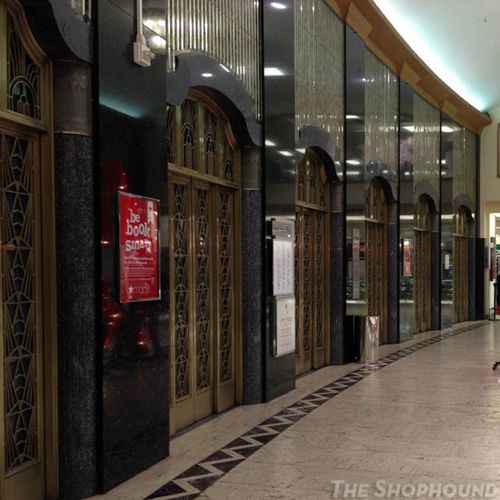