Barneys Will Have A Whole New Storefront In Chelsea 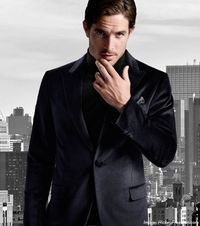 The Financial District remains a pull for retailers looking to expand in Manhattan, and Brookfield Place is confirming its position as the headquarters for luxury stores with the addition of a new Hickey Freeman boutique slated to open in January next to the upcoming Saks Fifth Avenue store. Commercial Observer is reporting that the fabled men's tailored clothing label has signed a 10-year leaser the 974 square foot store. While Brookfield place has collected an unprecedented group of luxury retailers for the neighborhood together, Hickey Freeman is the kind of merchant —traditional men's clothing— that has always found a home in lower Manhattan with its concentration of office buildings full of men in suits. While its last downtown store was a SoHo outpost for its erstwhile younger label, Hickey, the suit maker has had a rocky run over the past several years, with trouble at its parent companies and changes in ownership and creative direction that stalled its momentum. Things seem to have settled down now, and the brand tapped David Hart, one of GQ's Best New Menswear Designers for 2015, as its creative director earlier this year. The downtown store will be the brand's first under Hart's direction, so it should be a good hint of how a once stodgy suit maker will move forward into the future.