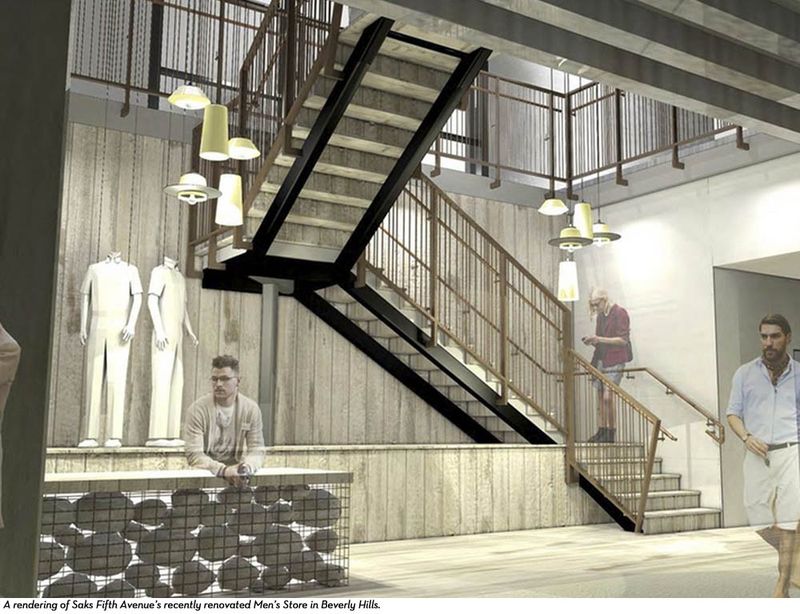 Like many bits of retail news, the announcement that Saks Fifth Avenue will open a stand-alone Men's Store in Downtown Manhattan was casually dropped as an aside in a news article concerning larger business issues. In a New York Times profile of Saks CEO Marc Metrick that ran over the weekend, the plan for a men's store was revealed in a discussion of Metrick's ambitious overall scheme for the department store in New York City.

"Saks. . . is opening a second store in Manhattan, at Brookfield Place in the fast-growing financial district, and will follow with a third location, a men’s-only store, also downtown."

That's all we know so far.
Stand-alone men's store.
Downtown.
It's not totally surprising. Saks has a few freestanding men's only stores in the chain which tend to exist when a longtime full-line store nearby needs more room for women's apparel and an appropriate real estate opportunity makes itself available. In Beverly Hills, Saks took over the former I.Magnin store a few steps away from its Wilshire Boulevard flagship for a men's store in the 1990s (pictured above). In Washington DC, the chain opened a men's satellite in a former Filene's Basement space on Wisconsin Avenue that had originally been a Raleigh's men's store when expansion of its decades-old Chevy Chase store a few blocks away was nixed by local zoning boards. The difference here is that a men's store will be presumably built without having been gestated as a department within a full line Saks store and being spun off for more selling space. We know that Saks is coming to Brookfield Place next year with a new concept store currently under construction. Will the proposed men's store be a nearby counterpart in a neighborhood that, due to its business center heritage has traditionally been more welcoming to menswear retailing anyway? It seems plausible. Saks' two men's floors at the Fifth Avenue flagship certainly encompass enough square feet and merchandise to constitute a sizable stand-alone store by themselves, so the merchandising part of the store is mostly covered. The main questions here are where and when?