Fashion Week Is Falling Apart Again, But It's OK Because Tom Ford Is Coming Back! 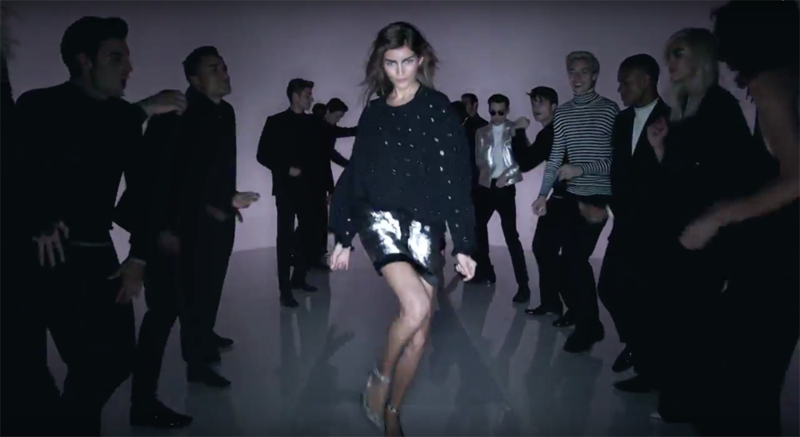 Now that it has abandoned its unloved tent complex at Lincoln Center for some alarmingly stark quarters in SoHo and the glacially developing Moynihan Station in Midtown, the future of New York Fashion Week still seems to be in question. The CFDA has retained Boston Consulting Group to conduct a multi-week study to determine how designers should proceed with their seasonal runway shows in the future. With Thakoon's new owners promising to upend the runway system to provide a stronger buy-now wear-now business plan and  Rebecca Minkoff promising to put on an in-season show of her Spring 2016 collection this February (does that mean she is going to re-show the collection she already presented last September?) and replace some editors and press in the audience with customers, Designers are once again questioning the wisdom of heavily publicizing their newest collections online and through social media half a year before anyone can actually buy anything. Retailers and designers are again offering opinions, without seeming to realize that if they turned fashion week into a series of buy-now promotional events, they would have to the put on some other kinds of presentations for the next season for retailers and editors who still need long lead times to fill their stores and shoot their stories. European designers -for whom live streaming runway shows to anyone with a high-speed internet connection is far more prevalent- seem to have looked in the direction of New York to basically say, "Let us know how that goes. We're going to keep doing things the way we always have".
While New York's designers quibble about what to put on runways —their main concern seems to be keeping their collections under wraps to avoid fast-fashion copyists— one expat has announced that he will be returning to show his Fall 2016 collections for men and women in New York. Yes, Tom Ford, who has been bending the fashion system to his fit his own needs for the past two seasons, has announced that he will be doing small presentations in New York on February 18th to buyers and press rather than showing in Milan or London where he has been showing in the past. Ford has been busy moonlighting on his next movie which is why last Spring he debuted his Fall 2015 collection with a star-studded show in Los Angeles during Oscar week, and stayed off the runways altogether for his Spring 2016 collection by releasing a secretly produced virtual runway show/disco party/music video starring Lady Gaga which was a hell of a lot more entertaining than a good portion of the runway shows that The Shophound has ever attended (we have embedded it below again because it is still just so much fun to watch). For the past two seasons, Ford has proved that he has enough clout and control over his wholly owned business to basically do whatever he wants for fashion week, but like Givenchy's visit to New York last September, you can now count on Ford's intimate showings in February to be the hottest ticket that will overshadow everyone else. Perhaps he is telling us that the way to win Fashion Week is to be bold and show however you want wherever it suits you. Who will have the guts to follow his lead?