One More Saks Off 5th Is Coming
—To Brooklyn 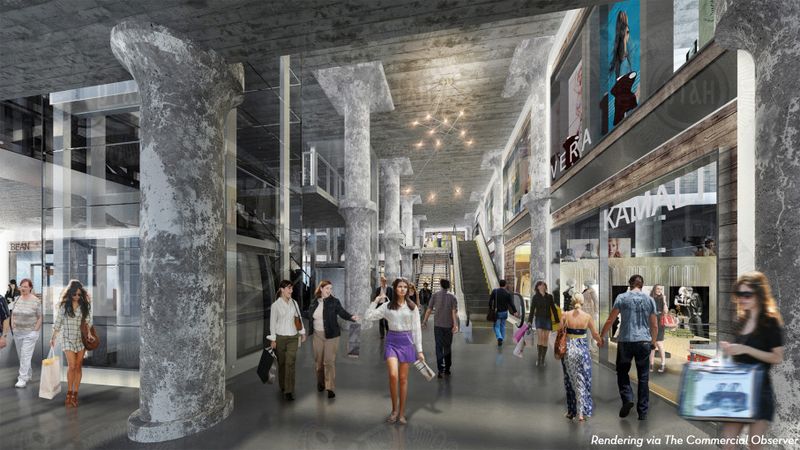 That makes three.
2016 is looking to be a big year for the Saks Off 5th outlet chain as three locations are set to open in New York City where previously there have been exactly none. In fairness, it is only in recent years that luxury department stores like Saks Fifth Avenue have been comfortable placing their outlet division stores close enough to their full line stores to allow them to exist in New York City at all. With Off 5th stores scheduled to open in the Financial District and on East 57th street next year, the Commercial Observer is now confirming that parent company Hudson's Bay Co. has signed on for a third 30,000 square foot unit at the Liberty View Industrial Plaza in Brooklyn's Sunset Plaza neighborhood (lobby rendering pictured above). The store will be on the massive complex's ground floor with a prominent entrance, and is expected to open some time between Summer and Fall of 2016. Just above it will be the already announced Bed Bath & Beyond complex including flagship sized unites of each of its divisions including the namesake chain, Buy Buy Baby, Cost Plus World Market and Harmon Face Values.