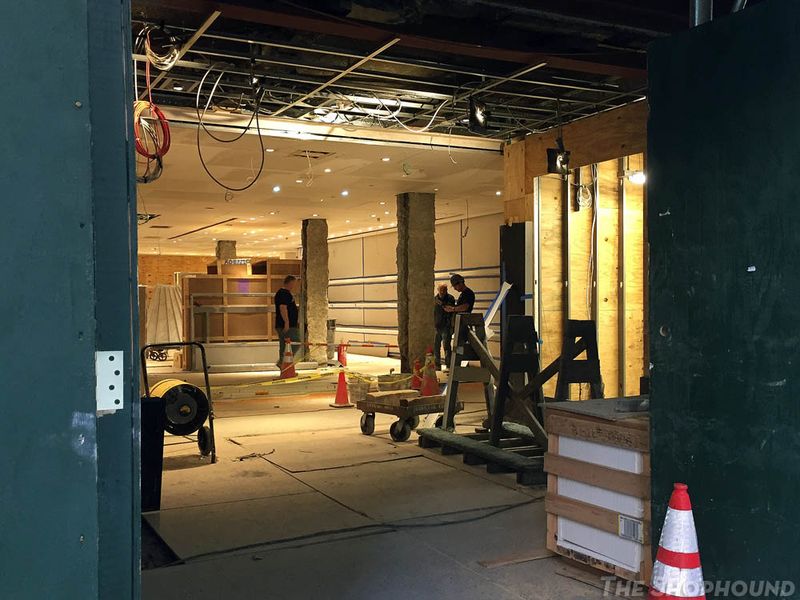 It's pretty easy to gauge the construction of Barneys' upcoming Chelsea store because they leave the plywood doors open all the time allowing a view inside. For a while, The Shophound has been skeptical that the store could be finished by the "Early Spring" projected date posted on the building, but after peeking in yesterday, we saw that workers had already progressed to installing what appeared to be shelves and other fixtures on the main floor. Of course, we have no idea what the upper floors look like, and they still have to replace the storefront which was demolished earlier this fall. Can they do all of this in the roughly three months before "Early Spring" arrives. A great deal has to do with whether or not merchandise has been ordered to fill the sizable store. If goods are on the way, then they will need to get the store open in a reasonable amount of time to have some full price selling before markdowns start in May and June. The picture above could give us a hint as to exactly how far along things have gotten.

Posted at 01:48 PM in Barneys, Chelsea, Under Construction | Permalink | Comments (0)