Paul Smith Is Leaving Flatiron For Bleecker Street. . . For Now 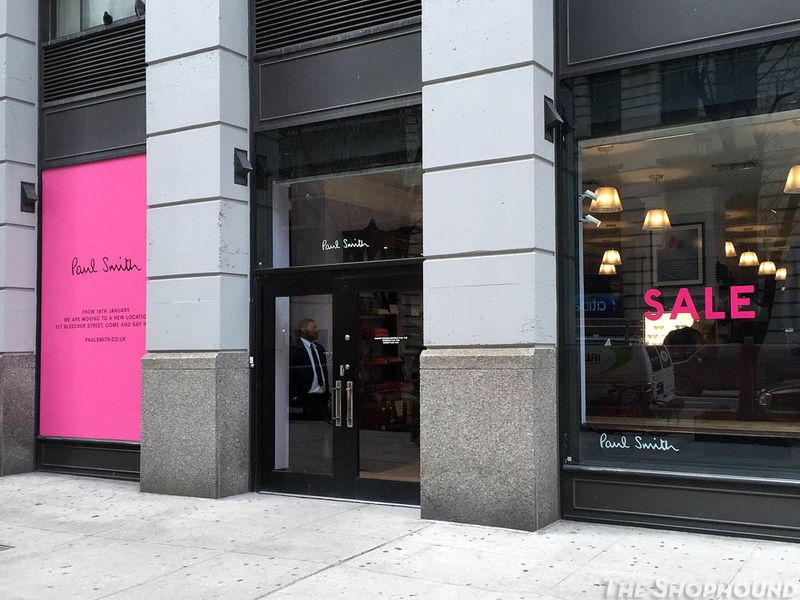 The Flatiron District will be dealt a blow next week when the Paul Smith boutique at 108 Fifth Avenue (pictured above) permanently closes its doors and moves to a temporary space on Bleecker Street in the West Village. While the designer has a flagship store in SoHo, a Williamsburg location and a new outpost at Brookfield Place in the Financial District, the Fifth Avenue store was Smith's first in New York opening in 1987. It was one of the first designer stores in the neighborhood and, along with Emporio Armani on the other side of 16th Street (now a closed Joe Fresh), established Fifth Avenue between 23rd and 14th Streets as a bona fide shopping destination that seemed to be geared more toward downtown dwelling New Yorkers than tourists or bridge-and-tunnel shoppers. Even though the neighborhood eventually became more of a destination for chain stores that made it something of a mall without the mall (Gap, Banana Republic, Ann Taylor, H&M, Victoria's Secret etc.), The Paul Smith boutique maintained its place as the high-end lynchpin for the neighborhood for nearly 30 years, even expanding downstairs.
Smith won't miss a beat, however. As clearly stipulated in the window (pictured below) the Bleecker Street store will open on Monday It is a more compact 1,000 square feet to Fifth Avenue's 1,800, but it is technically a temporary location to serve until a more suitable permanent spot is found. Where it will ultimately land remains to be seen, but the hands-on designer has been known to be extremely picky about where he places his boutiques, so wherever it is, expect it to be perfectly chosen all in good time. 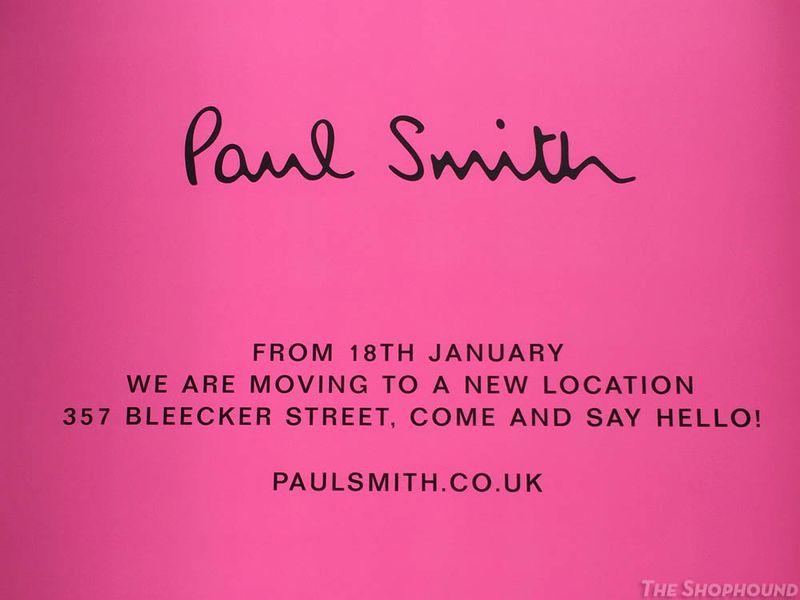