Sonia Rykiel Is Back On Madison Avenue With A Splash

Bergdorf Goodman's Building On A Fast Track For Landmarking

Yesterday, the New York City Landmarks Preservation Commission held a public hearing to clear out a backlog of proposed landmark designation for over a hundred buildings in New York City, among them, The building that houses Bergdorf Goodman at 754 Fifth Avenue. While over 60 buildings were rejected for various reasons, the Bergdorf's building was included in a group to be prioritized for a final vote by the end of 2016. The store itself, which holds an extremely long-term lease on the location, has been fairly quiet about the developments, but the owner owner of the property is known to oppose a landmark designation.
Wouldn't it be a prestigious honor to have the building protected and singled out for its architectural contribution to the city?
Well, sure, but it's not that simple.
Once the building has been declared a landmark, it precludes any further alteration to its exterior, which can be a challenge when it houses a thriving business like Bergdorf's which may want to make upgrades and renovations to suit its needs. Currently the store is finishing up a major alteration to its 57th Street façade for its new jewelry salon (pictured above) which would not be permitted after a landmark designation. Occasionally, the commission requires that owners return buildings to their original state as much as possible, which can incur great additional expense. Alterations for business purposes are not entirely unheard of, however. During the 1990s, the landmarked Rockefeller Center got a special dispensation to substantially increase the size of its store windows on its Fifth Avenue side after a lengthy series of discussions with the commission. Ralph Lauren's flagship boutique at Madison Avenue and 72nd Street in the landmarked Rhineland Mansion was also substantially altered to create store windows and entrances when it was opened in the 1980s. In both cases, however, the original building materials have been carefully stored and numbered in the unlikely event that they would be returned to their original positions to restore the buildings' original design.
For its part, Bergdorf's exterior is not in its original state either. The building was constructed on the site of the Vanderbilt Mansion, but the store did not initially occupy it in its entirety when it moved in in 1928 to the northern portion of the building with its entrance on 58th Street. The Fifth Avenue storefront was divided amongst several stores (as seen in the image below compared with its current state) which Bergdorf's progressively consumed, eventually taking over all of them by the early 1970s except for Van Cleef & Arpels which still exists on the first floor of the building's southeastern corner. What might keep the building from being landmarked is the major redesign of the Fifth Avenue side of the building which erased the disparate storefronts and installed a unified facade and introduced the big display windows we see there today. Unfortunately, the re-design reflects the post-modern architectural style that was popular at the time featuring outsized detailing free of the kind of refined, carved decoration found on the rest of the building. Now it looks glaringly out of scale particularly on the grand entrance with its arched window and oversized keystone and the large cartouche featuring the store's main sign.
The architectural inconsistency on it's biggest exterior wall might discourage the commission from landmarking the building, especially because the prospects of the store submitting to a restoration of the old facade are essentially nonexistent —if it were even feasible to do that at all. Of course, the commission could vote to landmark it regardless of any alterations because of Bergdorf Goodman's prominence in the city's history and its retail industry. We should know what happens by the end of the year, if not before. 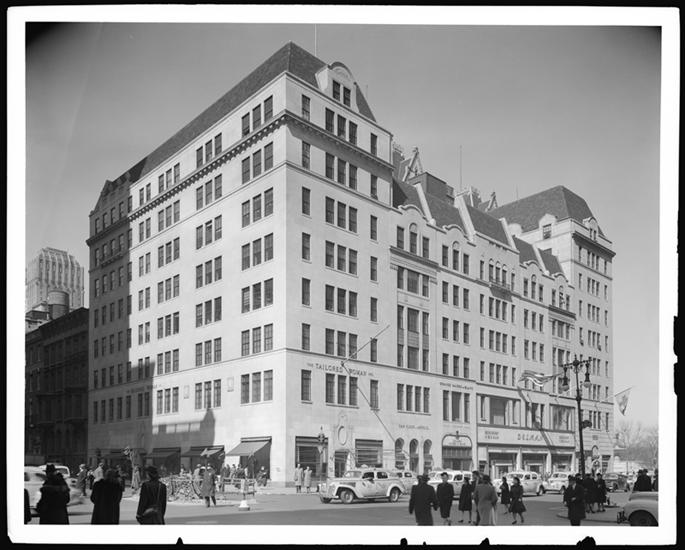 Image: Museum of the City of New York 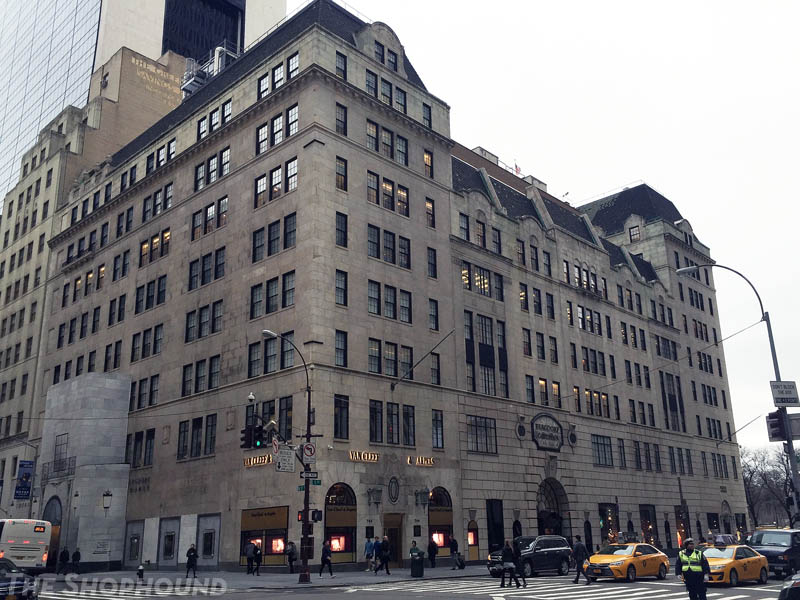