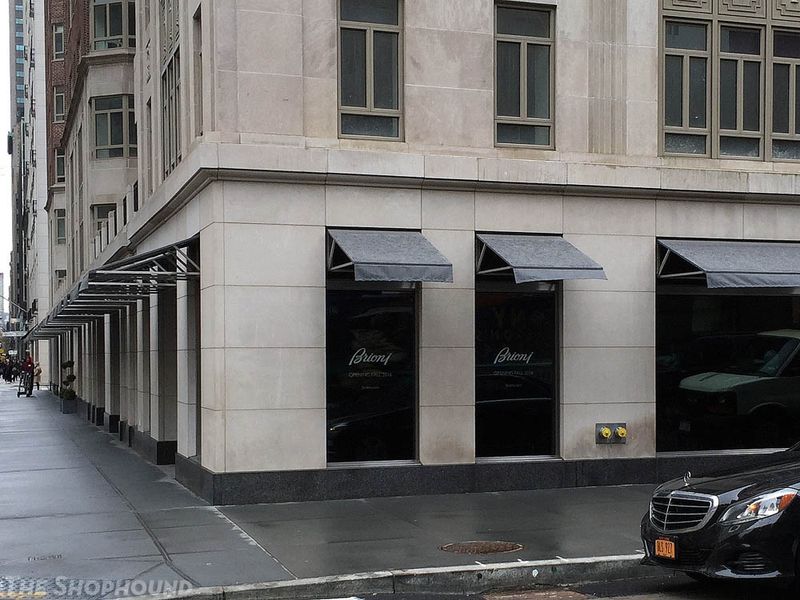 It may have just lost its creative director, but that won't stop Brioni from opening it's newest store on Madison Avenue this Fall. It's not totally clear if this store is meant to be a replacement or an addition to the Roman-founded label's flagship on East 57th street, but it's certainly about time that the revered brand joins its colleagues and competitors like Isaia, Berluti, Ermenegildo Zegna and Cesare Attolini on New York's most luxury-concentrated shopping strip. Brioni will be taking the northern corner shop of the recently refurbished Carlton House at 62nd Street, just one block from Barneys. Presumably, the store will open with Brioni's Fall 2015 collection which was the last one directed by Brendan Mullane who added a more directional edge to the label's classic Italian tailoring. It may have been a little bit too directional as Mullane was dismissed last month while Ermenegildo Zegna also parted ways with its designer, Stefano Pilati. Rumors swirled that the designers' innovations, impressive though they may have been to critics, were neither resonating with the labels' existing, traditionally minded customers nor attracting enough new ones. Zegna managed to poach Alessandro Sartori, the designer who originally developed its Z Zegna collection, away from Berluti where he oversaw the merging of the artisanal shoe brand with the Parisian custom tailor Arnys to make a new men's luxury lifestyle brand. Sartori will now oversee all Zegna collections. Will Brioni, now owned by luxury conglomerate Kering, try again to find someone new to add some more youthful zing to its image and attract more fashion forward customers or fall back the impeccably hand tailored traditional clothing that has always been its stock in trade? Whatever it chooses, it will have a prime Madison Avenue location to display it.