Sonia Rykiel Is Back On Madison Avenue With A Splash 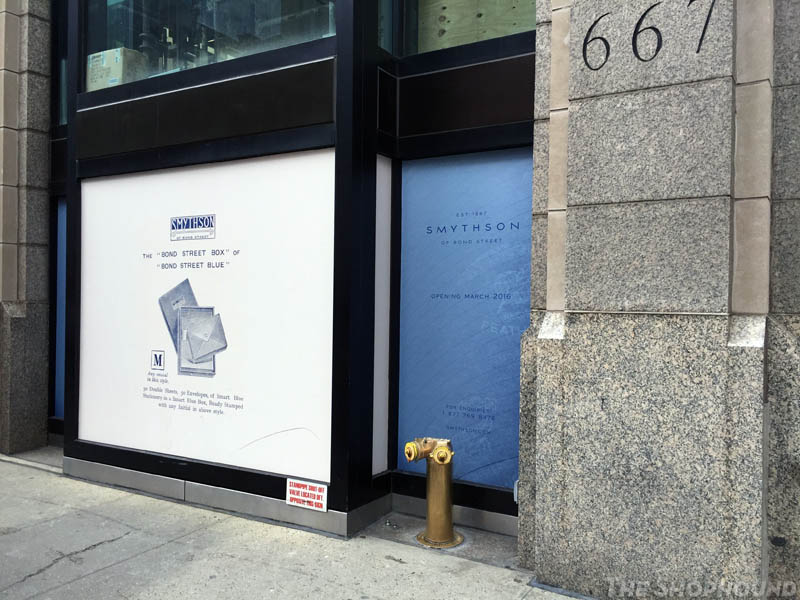 In case anyone thought that moderate contemporary brand Vince Camuto was a little bit downmarket for Madison Avenue, you were probably right. It looks like the brand has ditched the flagship across the street from Barneys that was once the home of the respectable Cole Haan, leaving it to the suitably exclusive Smythson of Bond Street. The prestigious British stationer and accessory purveyor will shortly be opening its new store there having relocated from the Crown Building on West 57th Street. Trading "across the street from Bergdorf's" for "across the street from Barneys" is probably something of an even swap, prestige-wise, and the windows on the corner of 667 Madison Avenue tell us that the new store will be open in March.
But isn't it a little bit snobby to suggest that department store mainstay Vince Cameo's premium line isn't up to snuff for Madison Avenue? After isn't DKNY just on the other corner of the block with chain store Ann Taylor just across 60th Street?
Not anymore.
As part of the brand's ever more radical-appearing revamp, DKNY has abandoned its three-level Madison Avenue showplace, the last vestige of Donna Karaon on the street, leaving its SoHo store on West Broadway as its primary flagship home. As you can barely see reflected in the photo of the shop door below, the large Ann Taylor store has also been emptied out and is available to lease. Now there are two rather sizable retail spaces available in particularly desirable locations waiting for some deep-pocketed companies to swoop in and install some new flagship-sized stores. Who will move in, or more to the point, how long will those stores sit empty before someone coughs up the dough to move in?