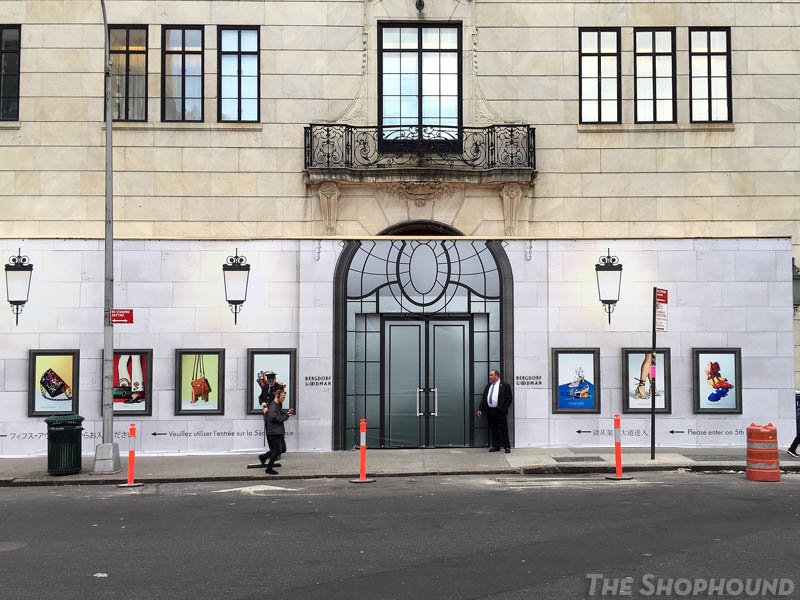 While the revamping of Bergdorf Goodman's 57th Street storefront as part of the store's current top-to-bottom renovation has still not been completely unveiled, it looks like the 58th Street side is up for a revamp that is almost as dramatic. This week, plywood scaffolding (pictured above) appeared covering the ground floor exterior and what is officially the store's front door. As on 57th Street, a life sized rendering covers the construction area showing the familiar big display windows (visible on the right side of the photo below) replaced by a series of smaller vitrine-type windows which are more suitable for showing off accessories, shoes or other small merchandise items. It would appear that the windows will be framed with green marble to match the arch around the main entrance that they flank, though it remains to be seen if any of the white marble accents that have been added to the 57th Street renovation will be used here. The new windows on both sides will now reflect the reconfiguration of the main floor selling areas with the fine jewelry salon on 57th Street and a consolidated handbag and accessory department on 57th.  It took until the late 1960s for Bergdorf's to expand enough to fill up the entire building it currently occupies, but the 58th Street side has been part of the store since the building was completed in 1928. Since then, it has remained essentially intact architecturally, windows and all —until this week.
When the construction is completed, the building will have lost the original storefronts on all three of its street-facing sides. As we have pointed out before, the entire building is on a fast track to be considered for City Landmark designation before the end of this year which would preclude any further alteration to its exterior. The more it is altered, however, the less likely it is to be landmarked —which would please both the store and the building's current owner who are not in favor of landmarking. The redesigned façade should be finished in less time than its counterpart on the other side of the building since the dramatic arched entrance is expected to remain intact, but that will one of the few architectural elements left on the exterior street level from when the building was originally finished. 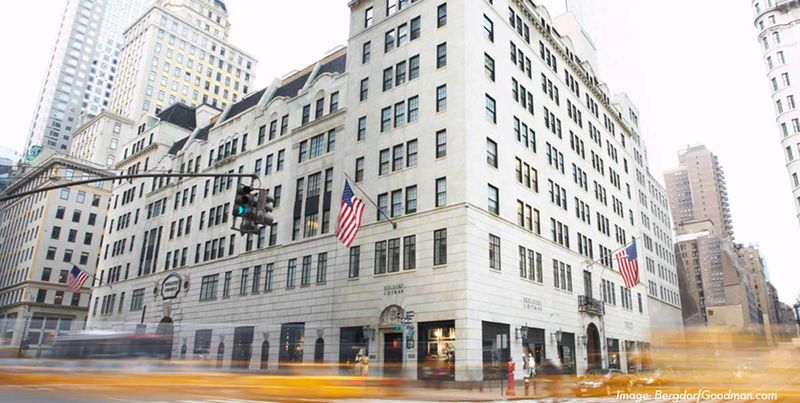