Canada Goose Will Debut In New York On Wooster Street 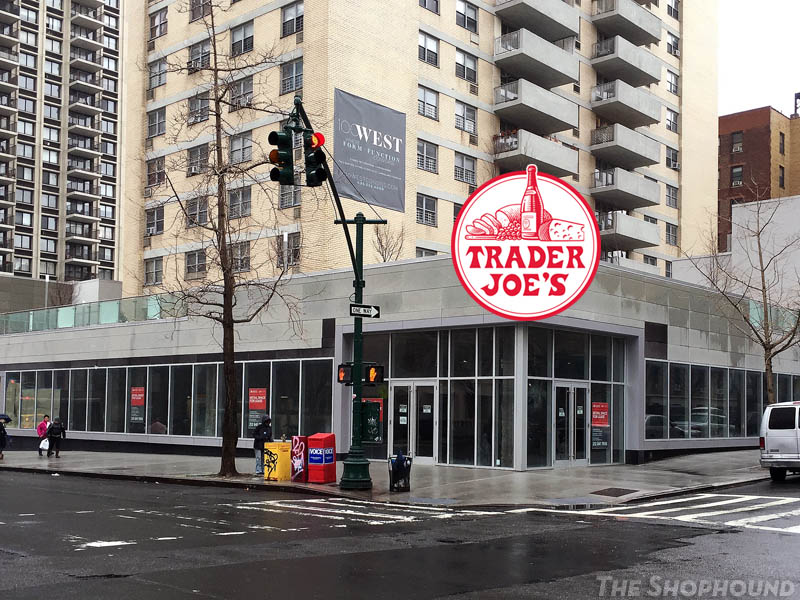 There is little news that will circulate faster than a Trader Joe's rumor.
Today's tidbit first appeared in The Real Deal telling us that the intensely popular grocery chain is just about ready to take 20,ooo square feet of brand new, virgin retail space at 670 Columbus Avenue between 92nd and 93rd Streets (pictured above) for its fourth Manhattan store it would be the chain's second on the Upper West Side, but as anyone who has shopped at the location at Broadway and 72nd Street, there can never be too many Trader Joe's in New York. That particular store, like the other two Manhattan branches, is known to start generating endlessly long checkout lines shortly after midday which not only take up shoppers time with waiting, but also make it increasingly difficult to navigate the store as the day goes on. Another store 20 blocks or so north would not only alleviate pressure on that store, but also make up for the loss of two other markets in the area, the generally gross Food City that once lived in a freestanding building at 94th and Columbus and a Food Emporium that closed last year at 91st and Broadway. It would also compete with a Whole Foods at 97th and Columbus, and make The Shophound gleefully dance around our apartment because we would be located exactly in between both stores.
Of course, we will hold off on the dancing until the deal is signed and done, because we also remember that the same site was once rumored to be the home of a future Bed, Bath & Beyond which also caused us moments of anticipatory joy but never materialized. Instead a Party City eventually appeared and took over 12,000 square feet of space underground at the recently constructed addition to 100 West 93rd Street, eliciting somewhat less glee from The Shophound. As New Yorkers have learned in the past decade, you could probably have ten times the number of Trader Joe's in the city as there are right now and it still wouldn't be enough, but every new one counts, and pretty much everyone on the Upper West Side is waiting with bated breath to see if this one will really follow through on the rumors. Stay tuned.