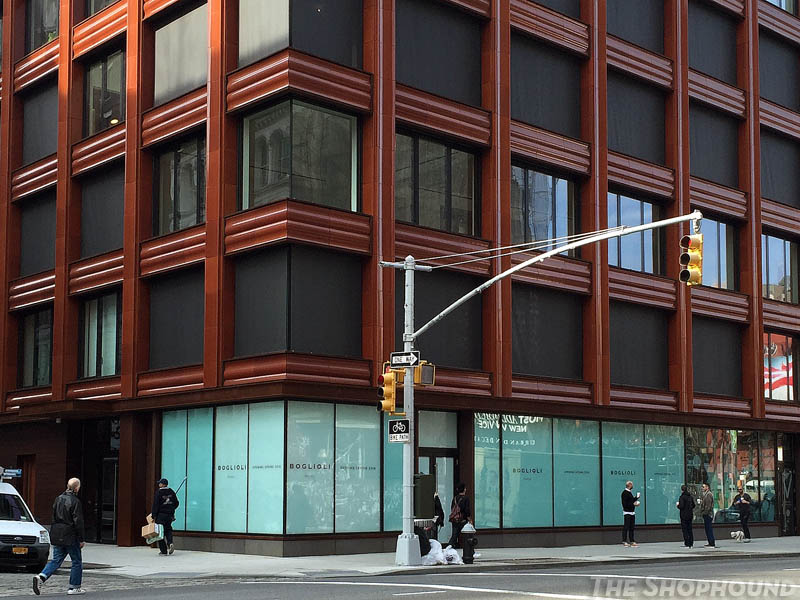 Bond Street may not get the quite hype of SoHo, The Meatpacking District or Bleecker Street, but it has quietly been a satisfying micro-neighborhood for shoppers looking for slightly less mainstream labels in NoHo. That tony 2-block stretch between Broadway and The Bowery is also home to some very flashy modern residential buildings, and one of the newest at 10 Bond Street will be home to the first U.S. store for Italian clothing label Boglioli. The 2-level store at the corner of Lafayette Street is slated to open this Spring according to its windows, a time frame that technically begins this weekend. Known for its softly constructed, lushly hued version of Milanese sprezzatura, the label has only a handful of shops worldwide, but is on an expansion kick that also includes a newly named creative director, Davide Marello, whose first collection will hit stores this fall. Boglioli will be joined in the building by New York City's first store for of U.S.-made yoga-wear chain Yogasmoga slated for later this Spring.