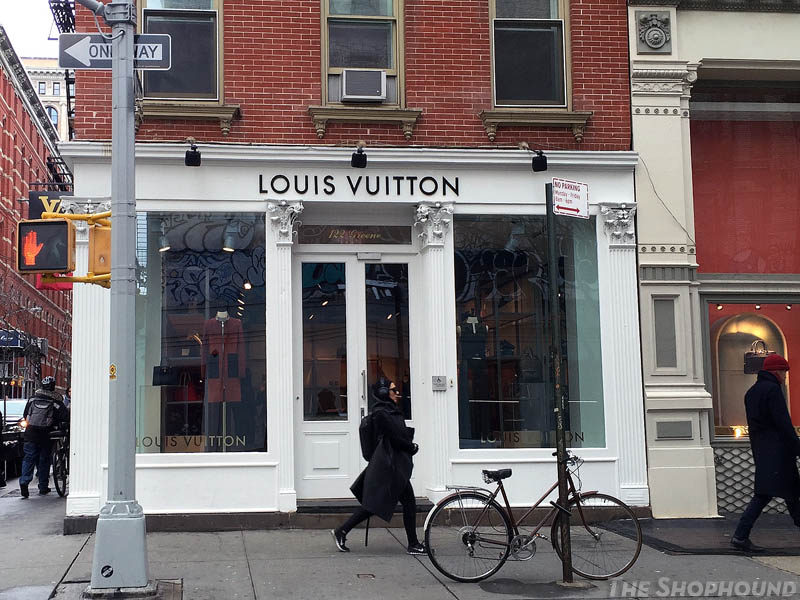 Call it just one of the effects of corporately owned fashion. Several weeks ago, we noticed that Fendi had vacated its high-profile spot at the corner of Greene and Spring Streets for a strangely innocuous location down the block with very little street visibility, and now we can see that the space at 122 Greene has been given over to the ever sprawling Louis Vuitton boutique that had been its next-door neighbor (pictured above). It's not Vuitton's first expansion of its SoHo store, and now it controls a substantial portion of the block between Spring and Prince Streets. It's not terribly surprising to see Vuitton move into Fendi's space, as they are sibling brands under the vast LVMH luxury umbrella. Vuitton, along with Dior which also has a boutique on the same block, is one of the group's crown jewels, a cash cow that has few peers in the fashion world. It would appear, at least in their case, that one of the hazards of being a part of such a luxury group is that when Big LV needs more room lesser brands, even ones as celebrated as Fendi, will get out of the way and relinquish their highly desirable corner stores.
For its part, Fendi's new store at no. 104 (pictured below) may be a bit larger than its previous space, but even the brand's outsized chrome robot bear mascot at the doorway may not be enough to alert passers by that the new boutique is now open. Hushed, well-appointed and well stocked with the brand's Bag Bugs festooned accessories though it may be, the new store is strangely tunnel-like and windowless which is particularly unfortunate in a neighborhood so prized in part for its airy loft-like stores. Hopefully, SoHo's tourists and other deep pocketed shoppers will find Fendi's new downtown home, but we have to wonder if the brand's retail executives are really that pleased with the relocation. 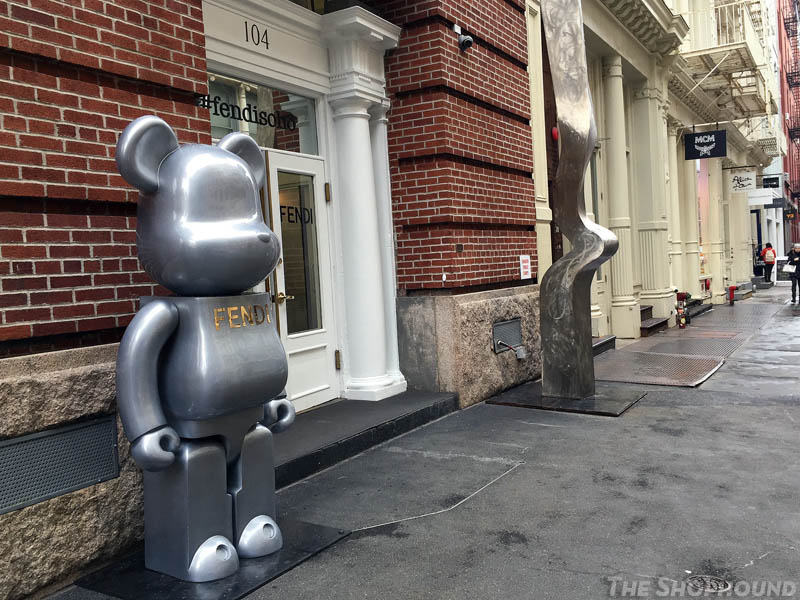