Get A Flight Jacket This Spring

Have We Reached Peak Athleisure With Lululemon Lab? 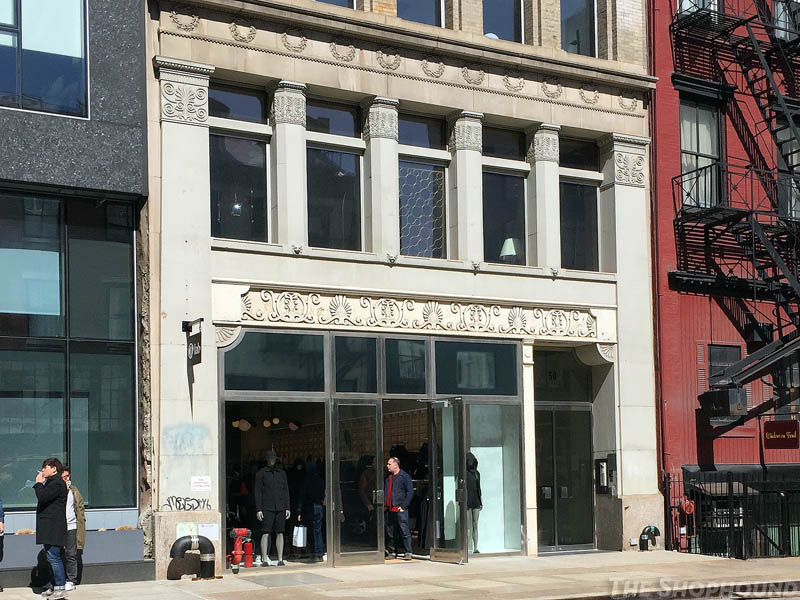 Nobody loves a catchy trend name more than the fashion industry, and nobody loves a portmanteau word more than the internet, which makes Athleisure an instantly annoying concept. Having said that, there's no denying that Lululemon, the yoga-focused athletic wear brand that has spurred crazes and backlashes at a headspinning rate, is partially responsible for the popularity of wearing yoga-pants as everyday-wear. It stands to reason, then, that the logical next step for the label would be to simply expand into sportswear made with no particular performance purpose, so now we have the brand new Lululemon Lab boutique that opened last week on Bond Street on NoHo.
Perhaps the most striking aspect of the store is the near banishment of company's actual name, as if it is somehow manifesting its own corporate shame over recent controversies by suppressing its very name in favor of its circular insignia that is subtly imprinted only on the inside of garments. Even the sign outside shows only the symbol and the word "lab".
Inside, there is not a yoga pant to be found. Instead, high tech athletic fabrics are fashioned into minimalistic sportswear pieces that are meant to look more at home out on the town. To the brand's credit, the sophisticated materials look good in their Rick Owens-lite incarnations offering bonded seams and laser cutting that wouldn't make anyone look like they just dashed out of the gym.
This is Lululemon Lab's first U.S. store —it has one other in Vancouver— and it is smartly nestled amongst some of the most notable condos in NoHo just a few doors away from Billy Reid. Though the merchandise is sportswear, several of the women we saw shopping there yesterday afternoon were obviously on their way to/from yoga class drawn in by the logo on the sign not knowing that the store was a new brand concept. Athletic companies branching into sportswear is nothing new.  Adidas has its SLVR and Y-3 collections, and Moncler has transformed its image with its designer Gamme Rouge and Gamme Bleu collections, but time will tell us whether or not Lululemon has enough clout to join their ranks and dress its customers for the rest of the day.