The Fashion Fund Season 3 Is Now Streaming On Amazon

Late-Breaking Sales Arrive For The Weekend From Costume National, Hood By Air Plus A Hærfest-Craft Atlantic-Naadam Triple Header 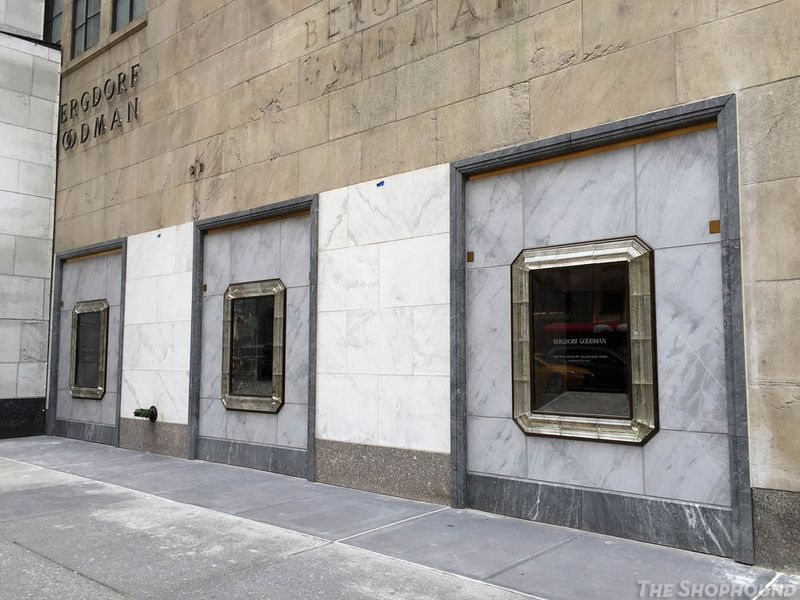 The reveal of Bergdorf Goodman's new 57th Street storefront is happening at a very protracted pace, but recently part of the redesign has been revealed (pictured above), and it looks even more different than we expected. The new Jewelry Salon which spurred the renovation has been open for weeks, but the unveiling won't be complete until the exterior is fully visible.
While the design of the new jewelry display windows is rendered on the plywood scaffolding covering the construction area (pictured below), the three actual windows that have been uncovered show details that aren't necessarily evident on the two-dimensional preview. Unlike on the rest of the store, the outer borders of the new windows are a contrasting gray stone rather than metal creating a more varied look on this side of the store than we were anticipating. Lighter gray marble surrounds the actual windows whose frames are made of beveled glass tiles, another material not found elsewhere on the building which should create a striking effect once the display lights are activated. The design echoes the faceted display cases inside the store. The biggest surprise is the expanse of white marble between the windows, an element that is not depicted on the rendering which suggests a more seamless looking update. What has yet to be revealed, and appears to be under wraps for a while longer, is the redesigned entryway meant to replicate the store's front door on 58th Street along with the Juliet balcony above it. Once it has been revealed and the lighting fixtures and new awnings are installed, we will have the full picture of the store's new 57th Street face. The only other thing that remains to be seen is how the dramatic alteration to the building will affect the New York City Landmarks Preservation Commission's decision regarding the entire building. Last week, it was selected among a series of buildings put on a fast track to be considered for city landmark designation. Neither Bergdorf's nor the building's owner are in favor of the designation, which would disallow any further alterations. The costly new construction shows that two of the building's three street facing exterior walls have now been substantially changed from their original with stylistic elements that are not strictly in keeping with the period architecture of the building. That could potentially disqualify it as a historical landmark. It may be months before we learn the commission's final decision, but hopefully it will be only a few more weeks before we see the rest of the new storefront.

Previously:
Frozen In Time: Bergdorf Goodman's Building On A Fast Track For Landmarking 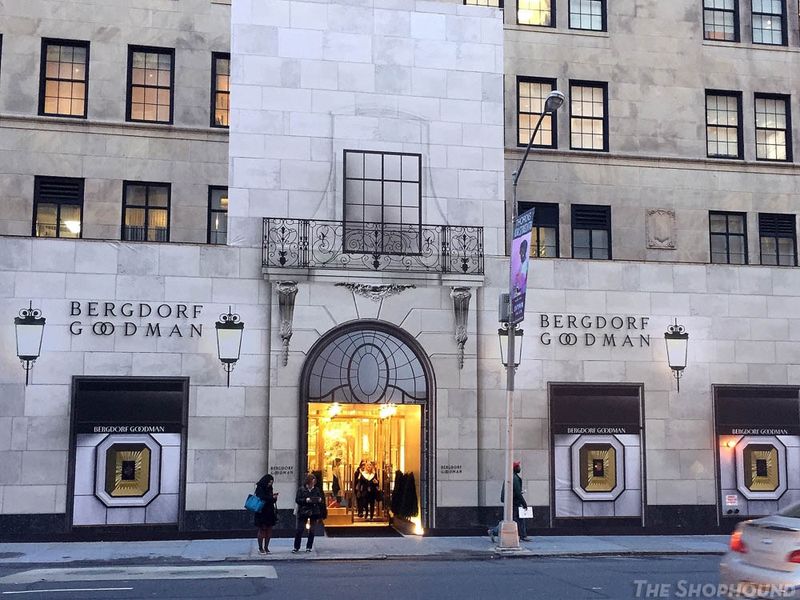