Is Raf Simons Finally Launching His Own Women's Collection? 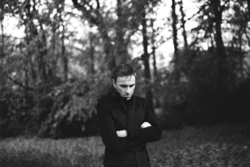 Image by Willy Vanderperre via WWD

Raf Simons' surprise exit from Christian Dior last year seemed to spark an unprecedented upheaval of Europe's luxury brands with designers leaving or being forced out of what seemed to be secure creative director positions. For Simons part, he was said to be leaving because he wanted to spend more time at home in Belgium and also wanted to focus on his own signature label, the one that brought him his initial fame and had continued uninterrupted even as the designer took on more high profile creative responsibilities first at Jil Sander and then Dior. What is curious about Simons' trajectory is that even as he established his bona fides as a premier women's designer at Sander and Dior, his own label has always been restricted to menswear —until now?
Pitti Uomo, the prestigious mens' trade show that begins its Spring 2017 edition in a couple of months in Florence, has announced that Simons will be given the coveted spotlight this season to present his Spring-Summer 2017 collection and well as a "Special Project". Though this is a men's show, its spotlight is often used as an opportunity to launch new projects including women's or other additional collections. Could that special project be the first official Raf Simons women's collection? It would seem to be the obvious next move for the designer. One of the rumored reasons for his departure from Dior —from a position that fashion watchers are still waiting to be filled— was a lack of autonomy over the highly compartmentalized brand. Though he was responsible for the marquee Haute Couture and Women's ready-to-wear and accessory collections, he had little to no authority over other aspects of the brand such as store design, cosmetics and the choice of celebrity spokesmodels. Most surprising was that instead of turning over Dior Homme to innovative men's designer Simons to create a more unified brand image, Dior decided instead to renew Dior Homme creative director Kris van Assche's contract. It's not that van Assche was failing, but it seemed curious to have one of menswear's most highly regarded designers under the Dior roof but to keep him restricted to women's collections.
Now that Simons has streamlined his professional life, it seems like the perfect time to fortify his own label's profile by finally entering the much larger and potentially more lucrative women's market under his own name with an eye on the female customers he has cultivated over the years at Sander and Dior. Is this the special project set for Pitti? So far no details have been released, and this is pure speculation on our part, but we can't be the only ones who are taking bets on when Raf Simons for women will inevitably be launched. The proverbial iron is still hot, so now would logically be the time to strike before it cools.