Are Apple and Nike Fighting Over The Old FAO Schwarz Space? 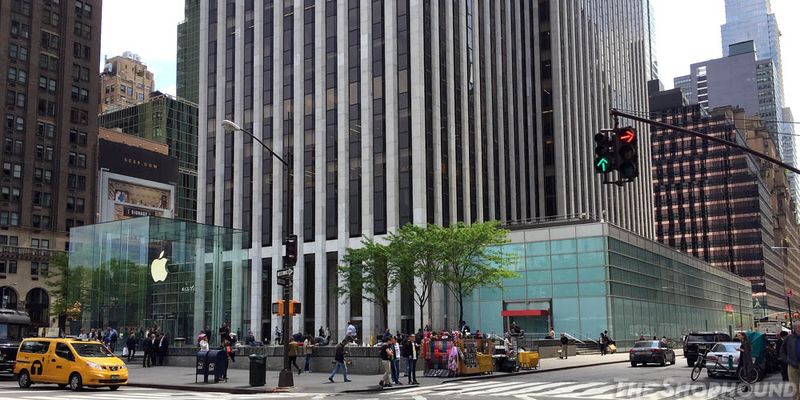 Most recent reports are telling us that this year has brought tough times for retail real estate with shopping falling short of projections for the past couple of seasons, but in Manhattan, the right space is still in demand.
Take the now long-empty Fifth Avenue space in the GM Building vacated by FAO Schwarz last year (pictured above). for several months now, we have all been under the impression that Apple will temporarily take over the space while it renovates its 24-hour flagship store underneath the building's plaza, but now we are told that the tech company is now looking to add all or part of the above-ground store as permanent space. This comes on the heels of reports that had Nike negotiating for the space, but it has also been reported that the sneaker icon has renewed its Niketown lease on East 57th Street through 2022. While they may still be interested in the GM building space, ultimately, the building's owner, Boston Properties, will have to decide if it is worth it to keep the space empty for Nike for a few more years, or to make a deal with Apple which is said to be balking at the $2,700 to $4,450 per square foot asking rent for the space and feels it deserves a break since it has drawn such attention and prestige to the location with its store. Will Apple need all 61,000 square feet in addition to its underground space. How will they differentiate merchandise for two side-by-side stores? Will there be an underground passageway to connect the two separate spaces, or will some other mega-brand swoop in to take over the still-prestigious retail space out from under both Apple and Nike's noses?
We should know these answers soon —or maybe not. Essentially, we will hear it when we hear it.