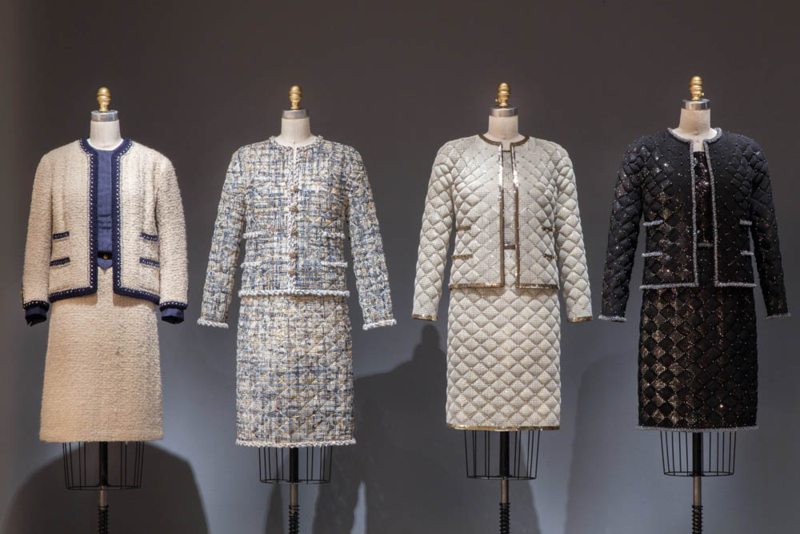 The Met Ball is tonight, and, for the first time, you will be able to watch the red carpet arrivals on E! just as if it were the Oscars or the Golden Globes. What with a splashy documentary about last year's blowout in theaters now, you might be forgiven for forgetting that this weekend, long after the gala detritus has been whisked away form the museum's galleries, there will be a exhibition opening, and this year's entry, Manus x Machina: Fashion in an Age of Technology, is just a bit different from the lavish extravaganzas of past spring seasons.
The pre-publicity for the exhibition has put the emphasis on the "tech" of the title, which has been underscored by having Apple as a major sponsor, but the shoe is less about "wearable tech" than it is about how technology has shaped the clothes we wear, or maybe, as it focuses mainly on Haute Couture and extremely deluxe Ready-to-Wear, the clothes that just a select few of us wear —or sometimes just the clothes that models wear on the runway.
We aren't sure if the neoprene couture wedding gown by Chanel that sits at the center of the exhibition has ever been worn by anyone in real life, but it is the emblem of the exploration into the merging of cutting edge materials technology snd high fashion that is the concern at hand. In his remarks to the press previewing the exhibition this morning, Andrew Bolton, Curator in Charge of The Costume Institute talked of re-evaluating the exalted status of hand-made objects versus the more mundane view of machine made products.
So the actual exhibition is not the grand, glamorous display we have seen in the past few years, though its emphasis on the inner workings of construction owes something to the recent Charles James retrospective which presented a surprising focus on the engineering structure of his famous sculptural ballgowns. Manus x Machina is a somewhat smaller affair contained entirely in the museum's Robert Lehman Wing which has been transformed into a gauzy white space by a striking arrangement of taut scrims designed by Shohei Shigematsu of OMA New York. Organized around the disciplines of Couture, it highlights the innovations that technology has made possible by juxtaposing vintage fashion with its modern counterparts made in materials that Coco Chanel and Christian Dior could not have dreamed of. See a vintage Chanel tweed suit alongside Karl Lagerfeld's 2015 versions made with an 3-D printed overlay that creates a quilted effect in a mix of high-tech, machine made materials and traditional hand-finished embroideries (pictured above). This is an opportunity for some of the most avant-garde designers to shine and shine they do, chief among them, Iris van Herpen, the Dutch designer who has made a name for herself by pioneering the use of cutting edge materials and 3-D printing to create ensembles that range from elegant to outlandish, but are never less than fascinating, especially when the museum delves into her unusual manufacturing techniques. This is one exhibition where reading the item descriptions really pays off as each item is described by which elements are handmade and which are made by machine. Also well represented is Japanese innovator Issey Miyake, whose famous pleated garments are shown alongside the gowns of the often overlooked Mary McFadden who pioneered the heat-pleating process to great commercial success in the 1970s and 80s, and Mariano Fortuny, whose technique for creating his early 20th Century pleated silk gowns remains a fiercely protected secret still held by his heirs. Also on view are Proenza Schouler's remarkable forays into fabric research, Raf Simons' elaborately constructed creations for Dior, Hussein Chalayan's mechanically automated dresses and more. It is a particularly scholarly detour for the Costume Institute, but it is encouraging to see that the museum is making a move away from some of the exhibitions of the past that had alluring themes but maybe not quite as much much depth as one might have hoped for (remember Punk? Superheroes?). This time, the flash is backed up with real substance.

Manus x Machina: Fashion in an Age of Technology is at the Metropolitan Museum of Art from May 5 through August 14th.