The Rag & Bone Sample Sale is Moving
. . . To California? 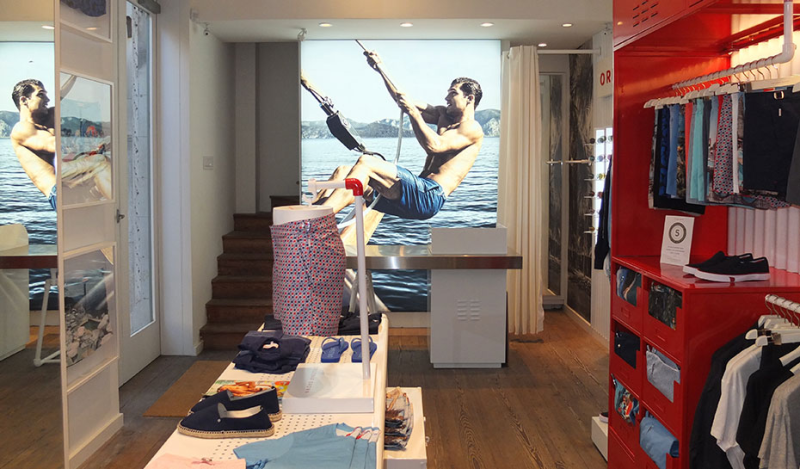 Summer will officially begin next week which is the perfect time for a swimwear store to open, and so Orlebar Brown, the cult brand that has been instrumental in banishing baggy board shorts from beaches everywhere, has opened its first New York store in SoHo.
Known for their sleekly tailored bathing shorts that are hemmed a a good, healthy distance above the knee, the brand has earned a faithful following by finding an alternative beach look somewhere between the unflattering aforementioned surfing shorts and the skimpy racing or square-cut suit. Their bathing suits are so well-made that they come with a 5-year guarantee. As the swimming shorts have taken off, the label has expanded into a full sportswear line but always with a beachy, resort-style attitude. In fact, the new SoHo store is but a taste of the label's offerings at a compact 395 square feet. The real show is at the East Hampton store opening this weekend at around 3,000 square feet also carrying the women's and children's collections. For those who prefer to shop in the city, however, a trip to Broome Street will be at the top of the to-do the list for gentlemen who are putting together an impeccable vacation wardrobe.